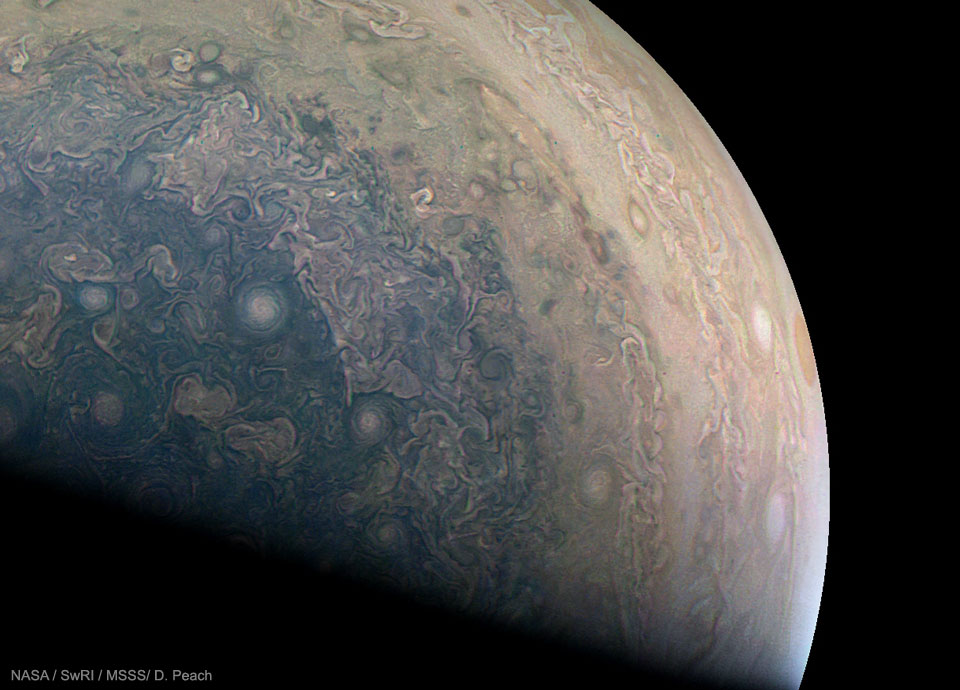 Explanation: Juno just completed its fourth pass near Jupiter. Launched from Earth in 2011 and arriving at Jupiter just last July, robotic Juno concluded its latest elliptical orbit around our Solar System's largest planet 11 days ago. Pictured here from that pass is a new high-resolution image of the southern hemisphere of Jupiter featuring a mesmerizing tapestry of swirling cloud systems. The terminator between day and night cuts diagonally across the bottom, meaning that the Sun is positioned off the top right. Large Oval BA is visible in orange on the far right. Reasons for the details and colors of Jupiter's cloud swirls are currently unknown. Juno's planned six year mission will study Jovian giant in new ways, including trying to determine if beneath its thick clouds, Jupiter has a solid core.