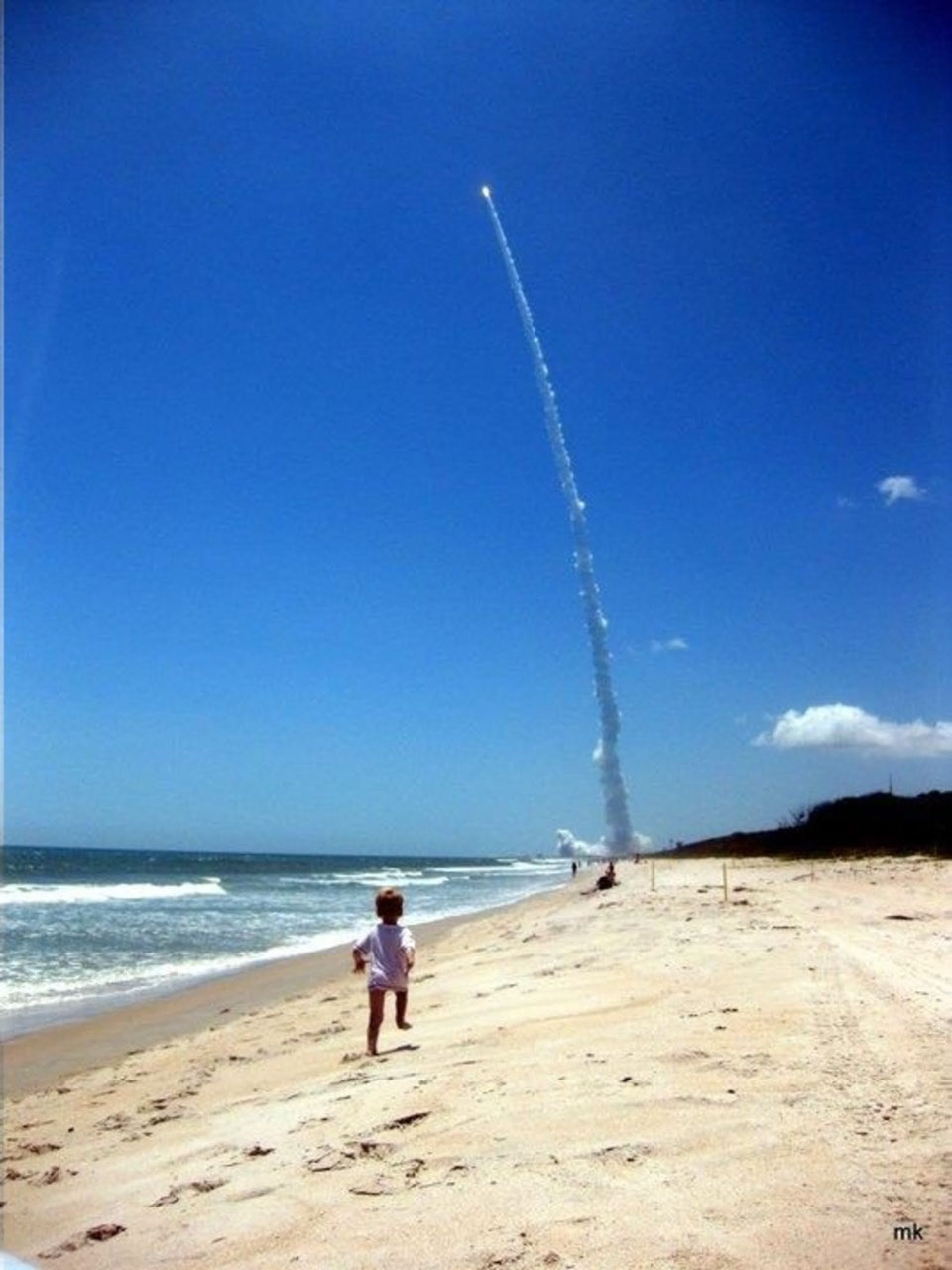 Explanation: Wait for me! In 2011, NASA's robotic mission Juno launched for Jupiter from Cape Canaveral, Florida, USA. Last week, Juno reached Jupiter and fired internal rockets to become only the second spacecraft to orbit our Solar System's largest planet. Juno, tasked with studying the jovian giant over the next two years, is in a highly elliptical orbit that will next bringing it near Jupiter's cloud tops in late August. Of course, the three-year-old pictured was not able to catch up to the launching rocket. Today, however, five years later, he is eight-years-old and still chasing rockets -- in that now he wants to be an astronaut.