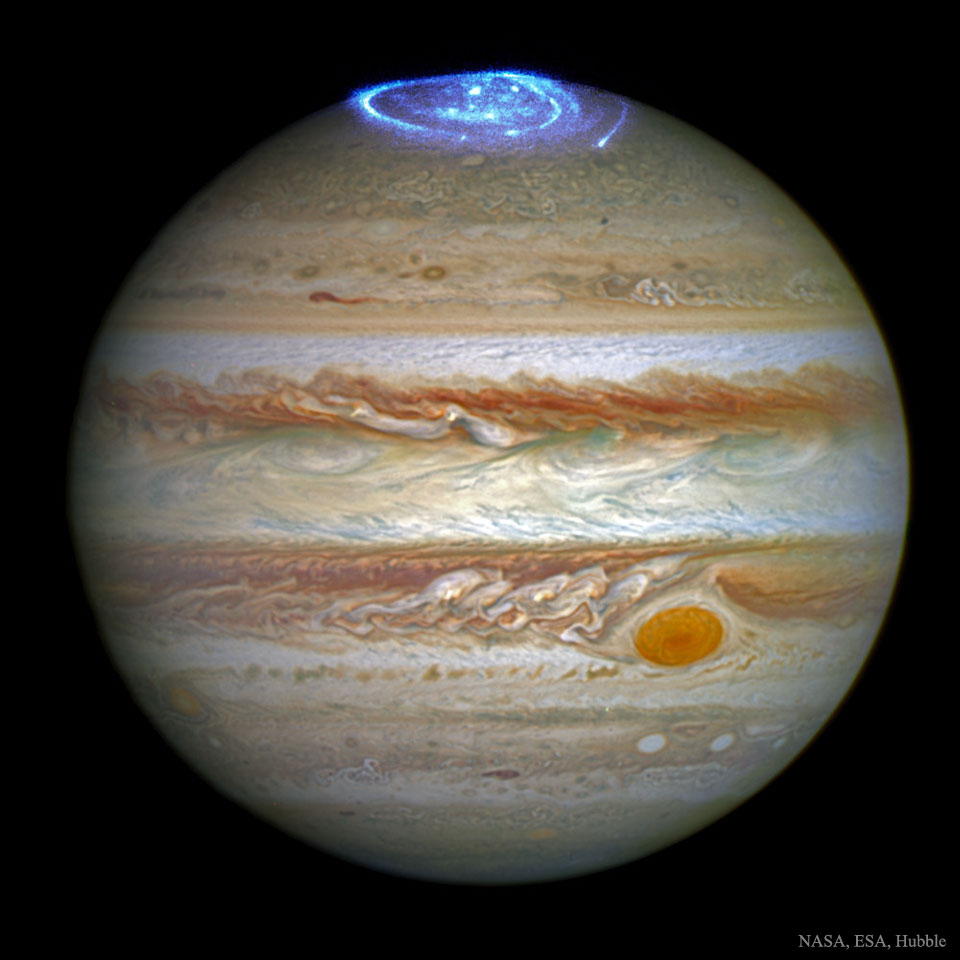 Explanation: Jupiter has aurorae. Like Earth, the magnetic field of the gas giant funnels charged particles released from the Sun onto the poles. As these particles strike the atmosphere, electrons are temporarily knocked away from existing gas molecules. Electric force attracts these electrons back. As the electrons recombine to remake neutral molecules, auroral light is emitted. In the featured recently released composite image by the Hubble Space Telescope taken in ultraviolet light, the aurorae appear as annular sheets around the pole. Unlike Earth's aurorae, Jupiter's aurorae include several bright streaks and dots. Jupiter's Great Red Spot is visible on the lower right. Recent aurorae on Jupiter have been particularly strong -- a fortunate coincidence with the arrival of NASA's Juno spacecraft at Jupiter last week. Juno was able to monitor the Solar Wind as it approached Jupiter, enabling a better understanding of aurorae in general, including on Earth.