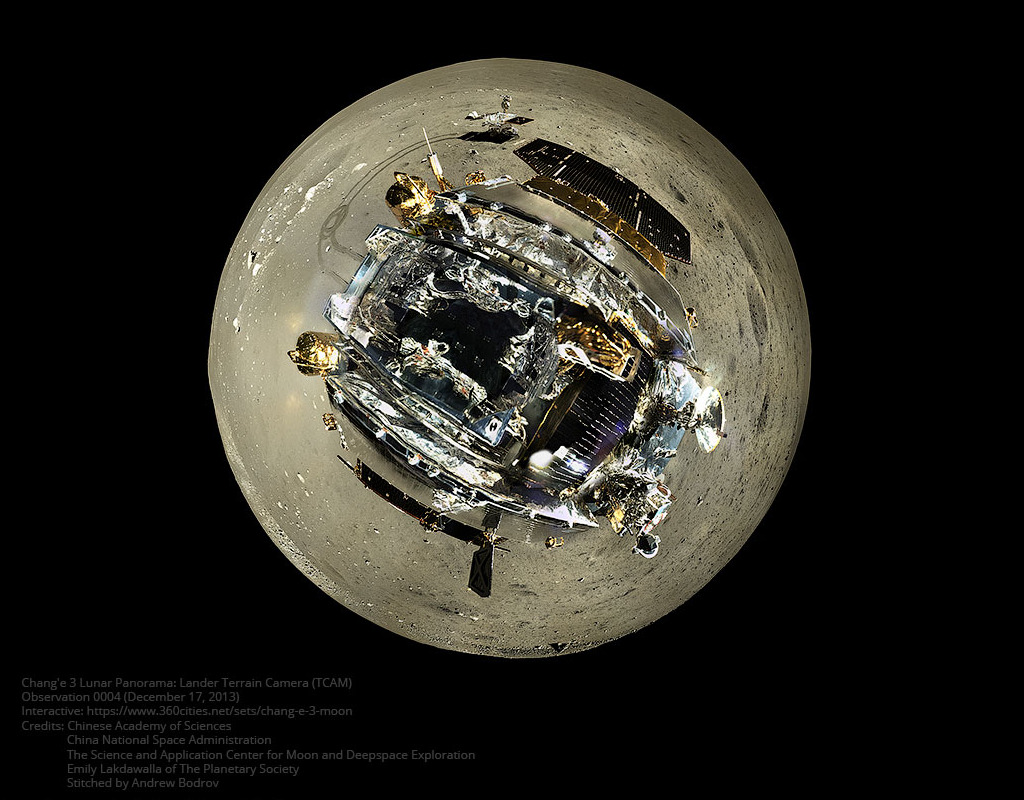 Explanation: Tracks lead to a small robot perched near the top of this bright little planet. Of course, the planet is really the Moon. The robot is the desk-sized Yutu rover, leaving its looming Chang'e 3 lander after a mid-December 2013 touch down in the northern Mare Imbrium. The little planet projection is a digitally warped and stitched mosaic of images from the lander's terrain camera covering 360 by 180 degrees. Ultimately traveling over 100 meters, Yutu came to a halt in January 2014. The lander's instruments are still working though, after more than two years on the lunar surface. Meanwhile, an interactive panoramic version of this little planet is available here.