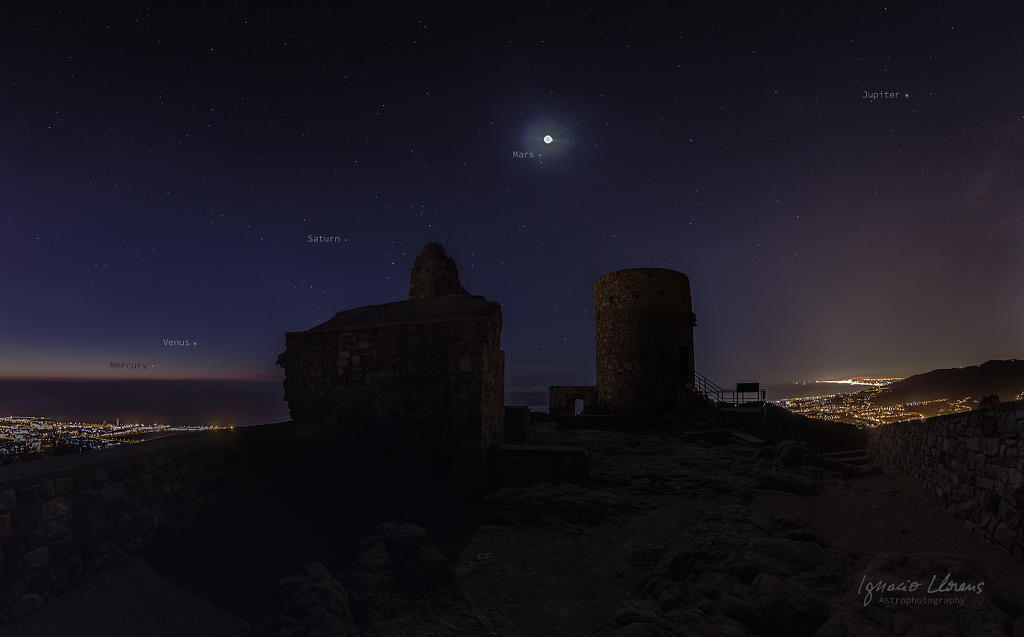 Explanation: February's five planet line-up stretches across a clear sky in this predawn scene. A hilltop Castell de Burriac looms in the foreground, overlooking the town of Cabrera de Mar near Barcelona, Spain, planet Earth. The mosaicked, panoramic image looks south. It merges three different exposure times to record a bright Last Quarter Moon, planets, seaside city lights, and dark castle ruins. Seen on February 1st the Moon was near Mars on the sky. But this week early morning risers have watched it move on, passing near Saturn and finally Venus and Mercury, sliding along near the ecliptic toward the dawn, approaching the February 7 New Moon.