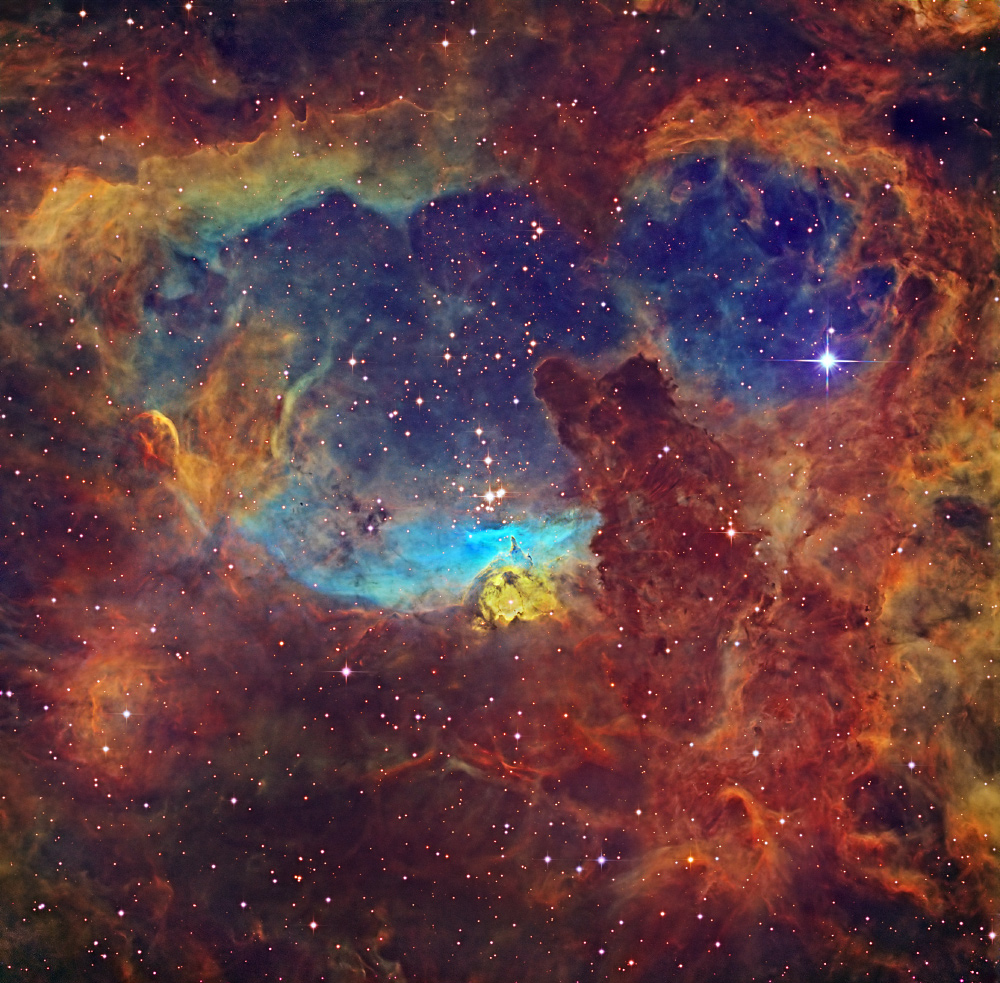 Explanation: Massive stars lie within NGC 6357, an expansive emission nebula complex some 6,500 light-years away toward the tail of the constellation Scorpius. In fact, positioned near center in this ground-based close-up of NGC 6357, star cluster Pismis 24 includes some of the most massive stars known in the galaxy, stars with nearly 100 times the mass of the Sun. The nebula's bright central region also contains dusty pillars of molecular gas, likely hiding massive protostars from the prying eyes of optical instruments. Intricate shapes in the nebula are carved as interstellar winds and energetic radiation from the young and newly forming massive stars clear out the natal gas and dust and power the nebular glow. Enhancing the nebula's cavernous appearance, narrowband image data was included in this composite color image in a Hubble palette scheme. Emission from sulfur, hydrogen, and oxygen atoms is shown in red green and blue hues. The alluring telescopic view spans about 50 light-years at the estimated distance of NGC 6357.