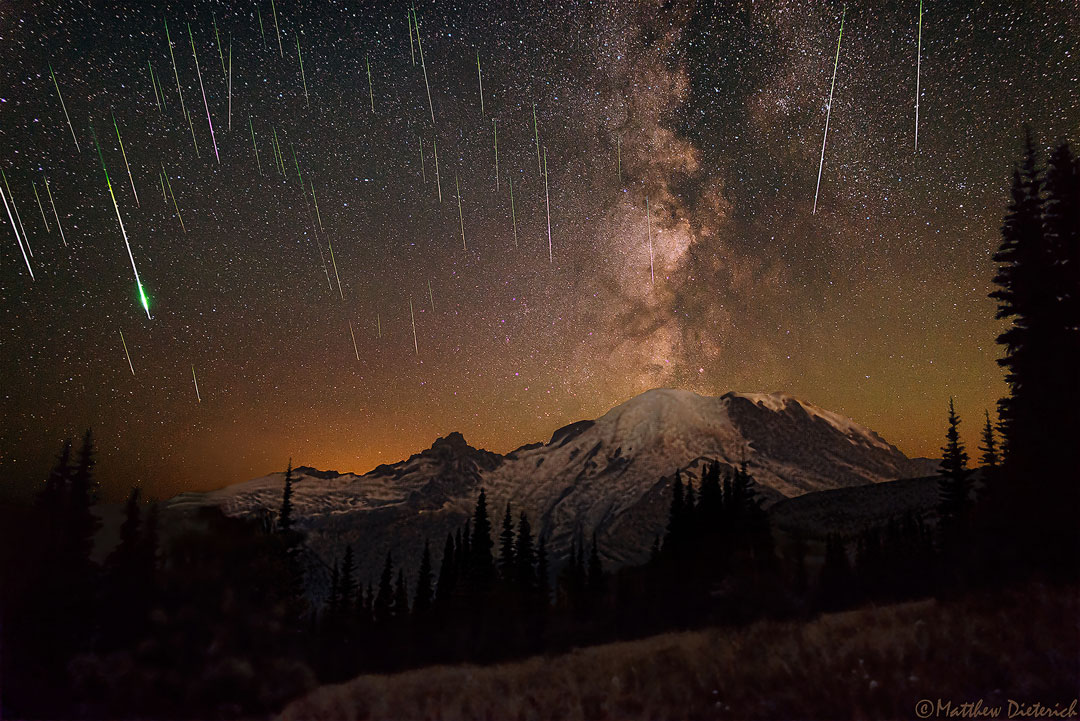 Explanation: Despite appearances, the sky is not falling. Two weeks ago, however, tiny bits of comet dust were. Featured here is the Perseids meteor shower as captured over Mt. Rainier, Washington, USA. The image was created from a two-hour time lapse video, snaring over 20 meteors, including one that brightened dramatically on the image left. Although each meteor train typically lasts less than a second, the camera was able to capture their color progressions as they disintegrated in the Earth's atmosphere. Here an initial green tint may be indicative of small amounts of glowing magnesium atoms that were knocked off the meteor by atoms in the Earth's atmosphere. To cap things off, the central band of our Milky Way Galaxy was simultaneously photographed rising straight up behind the snow-covered peak of Mt. Rainier. Another good meteor shower is expected in mid-November when debris from a different comet intersects Earth as the Leonids.