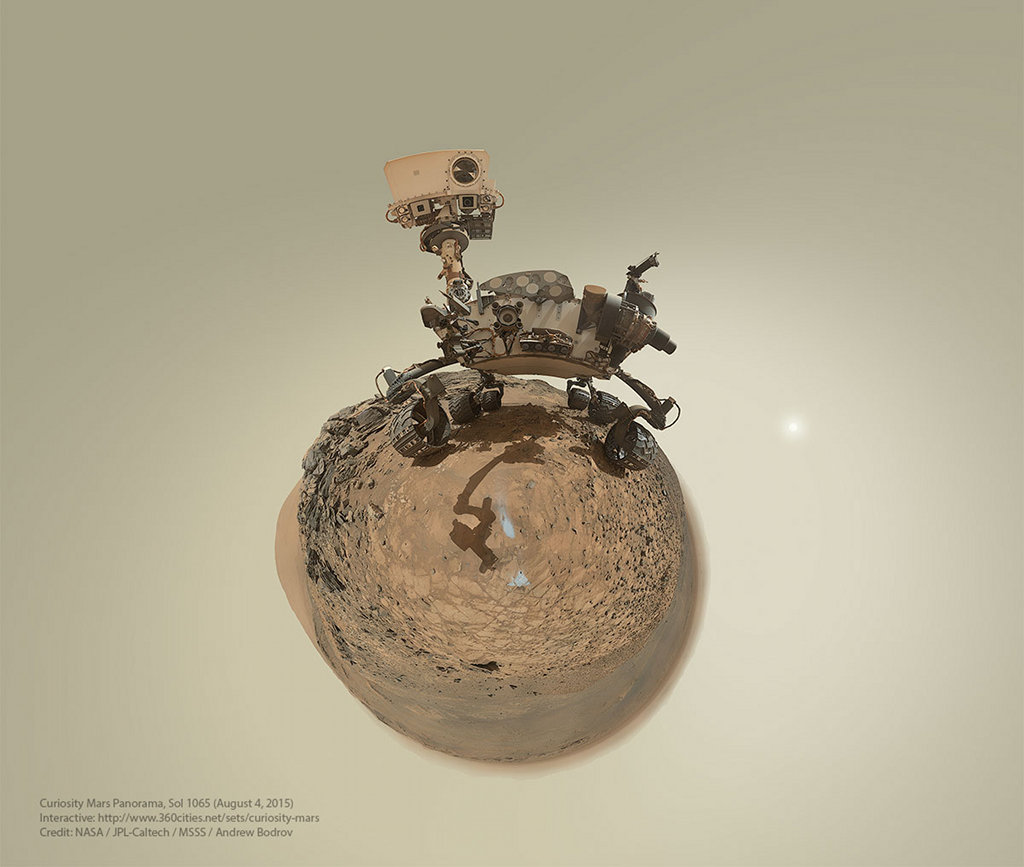 Explanation: A curious robot almost completely straddles this rocky little planet. Of course, the planet is really Mars and the robot is the car-sized Curiosity Rover, posing over its recent drilling target in the Marias Pass area of lower Mount Sharp. The 92 images used to assemble the little planet projection, a digitally warped and stitched mosaic covering 360x180 degrees, were taken by the rover's Mars Hand Lens Imager (MAHLI) during the Curiosity mission sol (martian day) 1065. That corresponds to 2015 August 5, three Earth years since Curiosity landed on the surface of the Red Planet. The composite selfie excludes images that show the rover's robotic arm and mount of the MAHLI camera itself, but their shadow is visible beneath. Check out this spectacular interactive version of Curiosity's sol 1065 panorama.