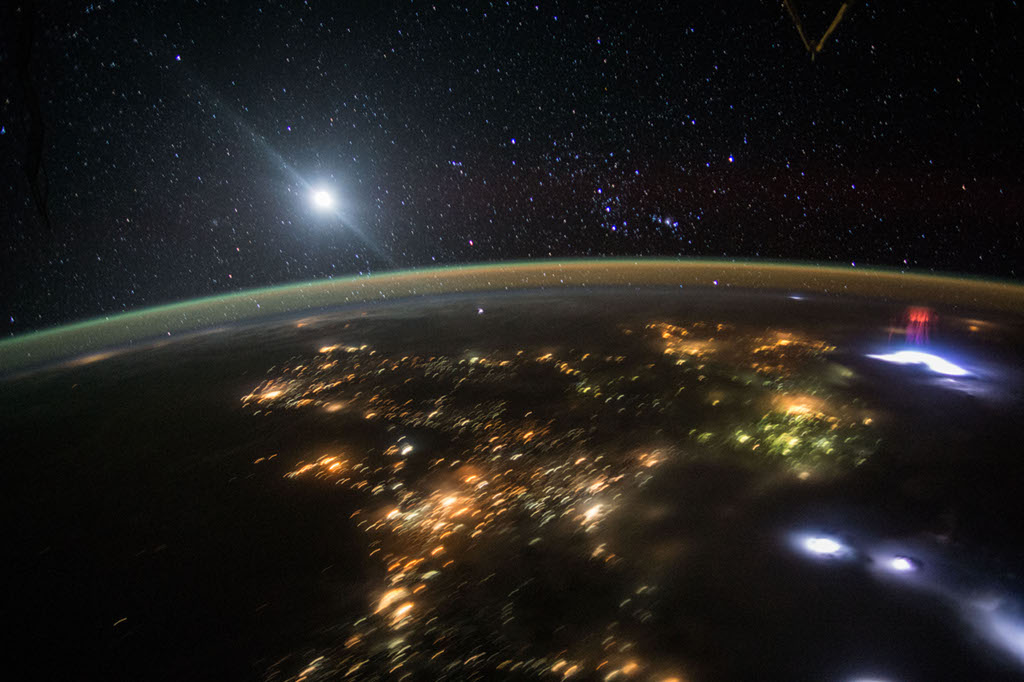 Explanation: An old Moon and the stars of Orion rose above the eastern horizon on August 10. The Moon's waning crescent was still bright enough to be overexposed in this snapshot taken from another large satellite of planet Earth, the International Space Station. A greenish airglow traces the atmosphere above the limb of the planet's night. Below, city lights and lightning flashes from thunderstorms appear over southern Mexico. The snapshot also captures the startling apparition of a rare form of upper atmospheric lightning, a large red sprite caught above a lightning flash at the far right. While the space station's orbital motion causes the city lights to blur and trail during the exposure, the extremely brief flash of the red sprite is sharp. Now known to be associated with thunderstorms, much remains a mystery about sprites including how they occur, their effect on the atmospheric global electric circuit, and if they are somehow related to other upper atmospheric lightning phenomena such as blue jets or terrestrial gamma flashes.