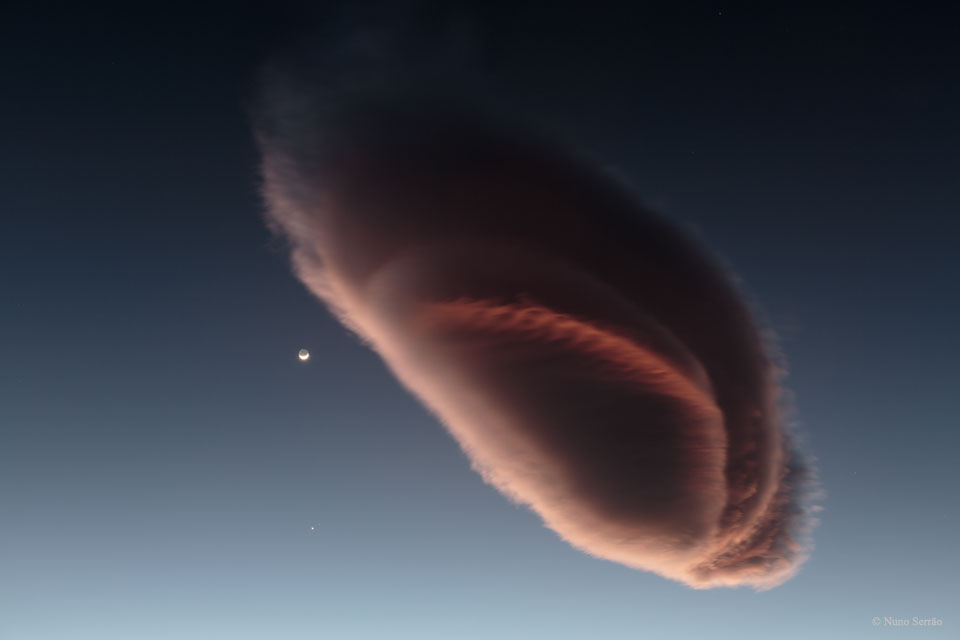 Explanation: It is not every day that such an interesting cloud photobombs your image. The original plan was to photograph a rare angular conjunction of Mars and Venus that occurred a week and a half ago, with the added bonus of a crescent Moon and the International Space Station (ISS) both passing nearby. Unfortunately, on Madeira Island, Portugal, this event was clouded out. During the next day, however, a spectacular lenticular cloud appeared before sunset, so the industrious astrophotographer quickly formulated a new plan. A close look at the resulting image reveals the Moon visible toward the left of the frame, while underneath, near the bottom, are the famous planets with Venus being the brighter. It was the unexpected lenticular cloud, though, perhaps looking like some sort of futuristic spaceship, that stole the show. The setting Sun illuminated the stationary cloud (and everything else) from the bottom, setting up an intricate pattern of shadows, layers, and brightly illuminated regions, all seen evolving in a corresponding video. Mars and Venus will next appear this close on the sky in late August, but whether any place on Earth will catch them behind such a photogenic cloud is unknown.