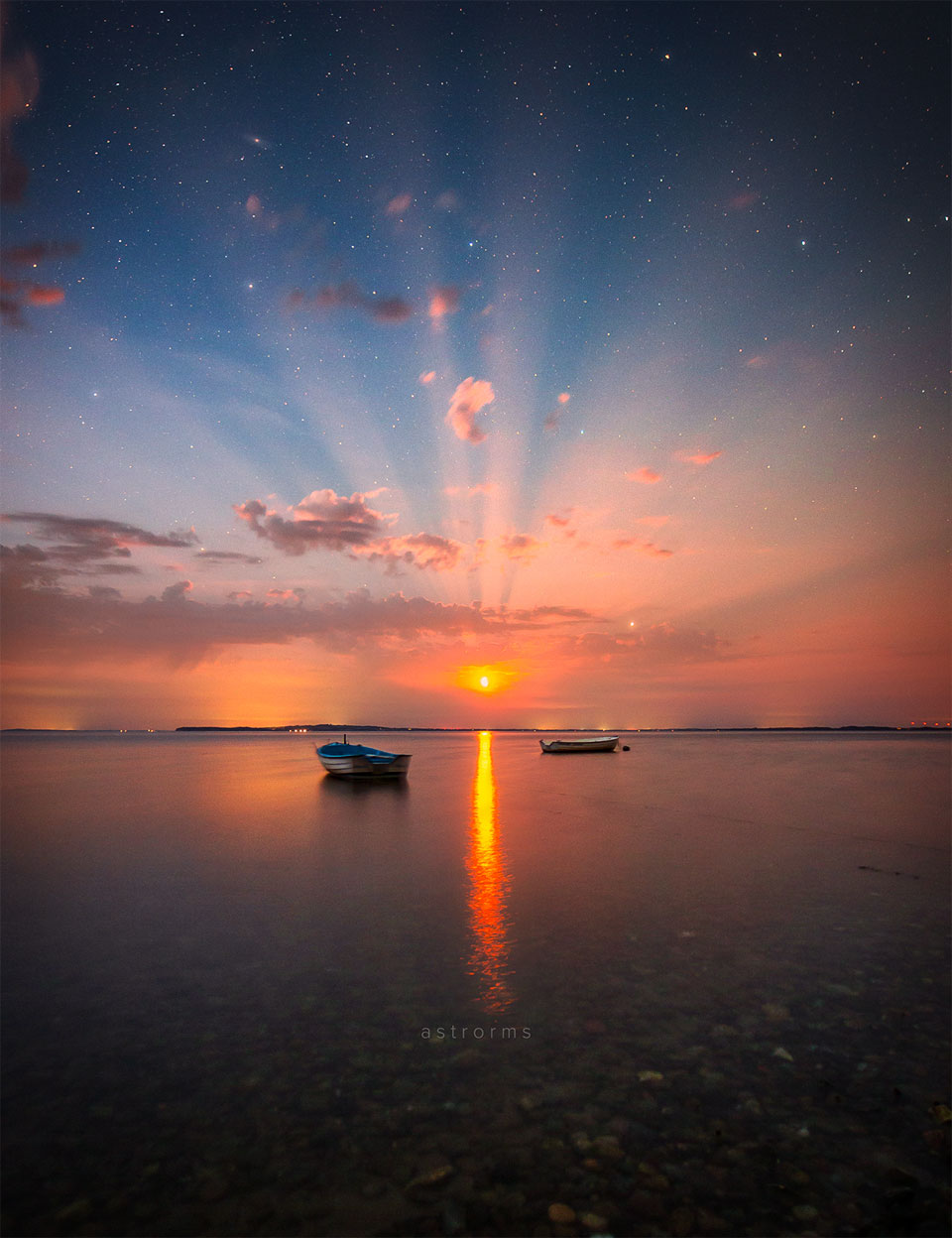 Explanation: This moon made quite an entrance. Typically, a moonrise is quiet and serene. Taking a few minutes to fully peek above the horizon, Earth's largest orbital companion can remain relatively obscure until it rises high in the nighttime sky. About a week ago, however, and despite being only half lit by the Sun, this rising moon put on a show -- at least from this location. The reason was that, as seen from Limfjord in Nykøbing Mors, Denmark, the moon rose below scattered clouds near the horizon. The result, captured here in a single exposure, was that moonlight poured through gaps in the clouds to created what are called crepuscular rays. These rays can fan out dramatically across the sky when starting near the horizon, and can even appear to converge on the other side of the sky. Well behind our Moon, stars from our Milky Way galaxy dot the background, and our galaxy's largest orbital companion -- the Andromeda galaxy -- can be found on the upper left.