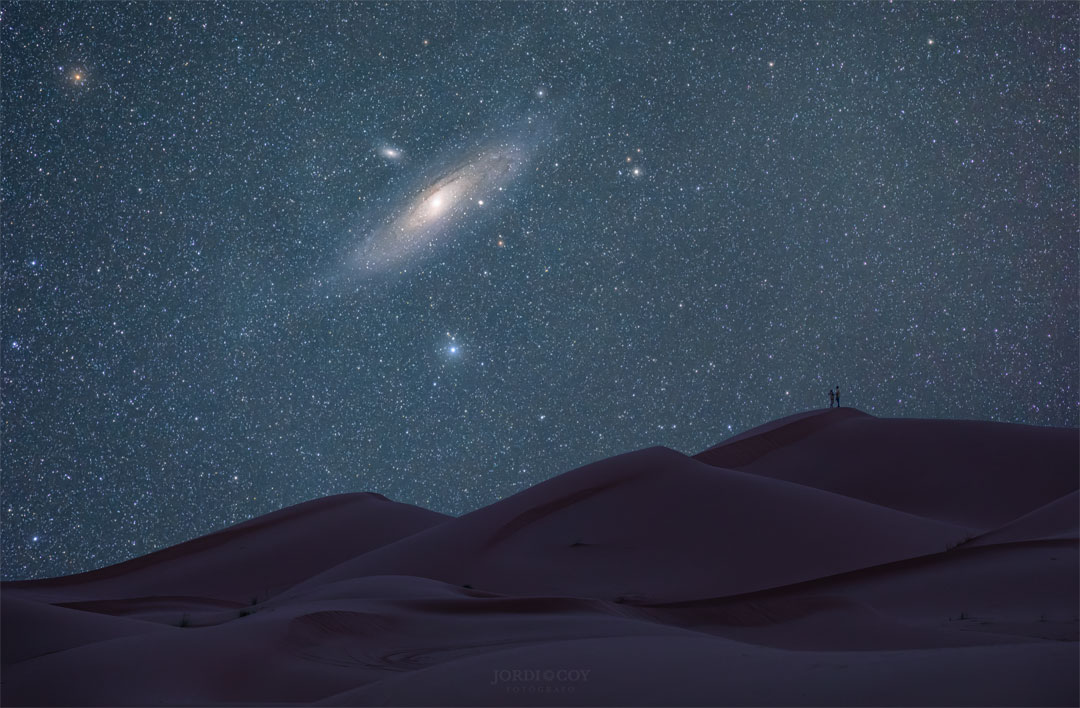 Explanation: What is the oldest thing you can see? At 2.5 million light years distant, the answer for the unaided eye is the Andromeda galaxy, because its photons are 2.5 million years old when they reach you. Most other apparent denizens of the night sky -- stars, clusters, and nebulae -- appear as they were only a few hundred to a few thousand years ago, as they lie well within our own Milky Way Galaxy. Given its distance, light from Andromeda is likely also the farthest object that you can see. Also known as M31, the Andromeda Galaxy dominates the center of the featured zoomed image, taken from the Sahara Desert in Morocco last month. The featured image is a combination of three background and one foreground exposure -- all taken with the same camera and from the same location and on the same calendar day -- with the foreground image taken during the evening blue hour. M110, a satellite galaxy of Andromenda is visible just above and to the left of M31's core. As cool as it may be to see this neighboring galaxy to our Milky Way with your own eyes, long duration camera exposures can pick up many faint and breathtaking details. Recent data indicates that our Milky Way Galaxy will collide and combine with the similarly-sized Andromeda galaxy in a few billion years.