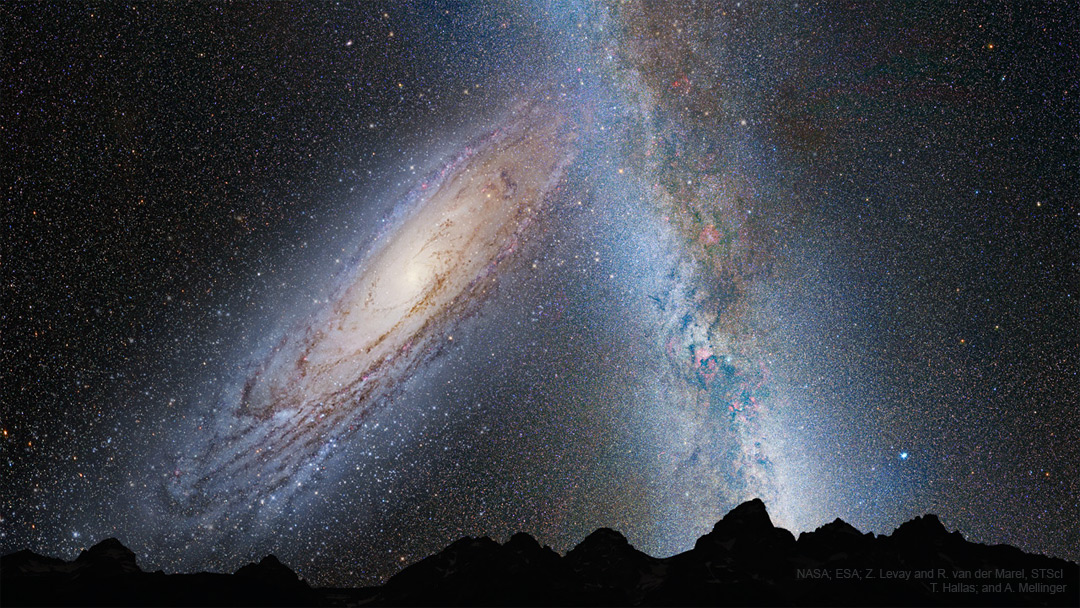 Explanation: Will our Milky Way Galaxy collide one day with its larger neighbor, the Andromeda Galaxy? Most likely, yes. Careful plotting of slight displacements of M31's stars relative to background galaxies on recent Hubble Space Telescope images indicate that the center of M31 could be on a direct collision course with the center of our home galaxy. Still, the errors in sideways velocity appear sufficiently large to admit a good chance that the central parts of the two galaxies will miss, slightly, but will become close enough for their outer halos to become gravitationally entangled. Once that happens, the two galaxies will become bound, dance around, and eventually merge to become one large elliptical galaxy -- over the next few billion years. Pictured here is a combination of images depicting the sky of a world (Earth?) in the distant future when the outer parts of each galaxy begin to collide. The exact future of our Milky Way and the entire surrounding Local Group of Galaxies is likely to remain an active topic of research for years to come.