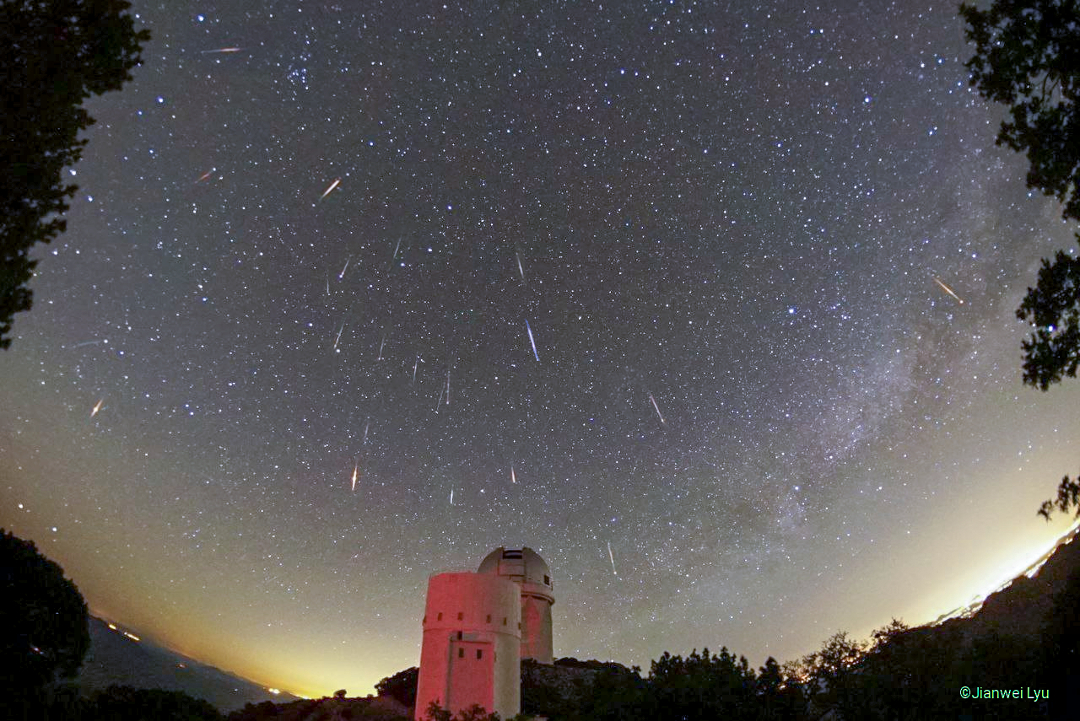 Explanation: It wasn't the storm of the century -- but it was a night to remember. Last night was the peak of the Tau Herculid meteor shower, a usually modest dribble of occasional meteors originating from the disintegrating Comet 73P/Schwassmann-Wachmann 3. This year, calculations showed that the Earth might be passing through a particularly dense stream of comet debris -- at best creating a storm of bright meteors streaking out from the constellation of Hercules. What actually happened fell short of a meteor storm, but could be called a decent meteor shower. Featured here is a composite image taken at Kitt Peak National Observatory in Arizona, USA accumulated over 2.5 hours very late on May 30. Over that time, 19 Tau Herculids meteors were captured, along with 4 unrelated meteors. (Can you find them?) In the near foreground is the Bok 2.3-meter Telescope with the 4.0-meter Mayall Telescope just behind it. Next year, the annual Tau Herculids are expected to return to its normal low rate, with the next active night forecast for 2049.