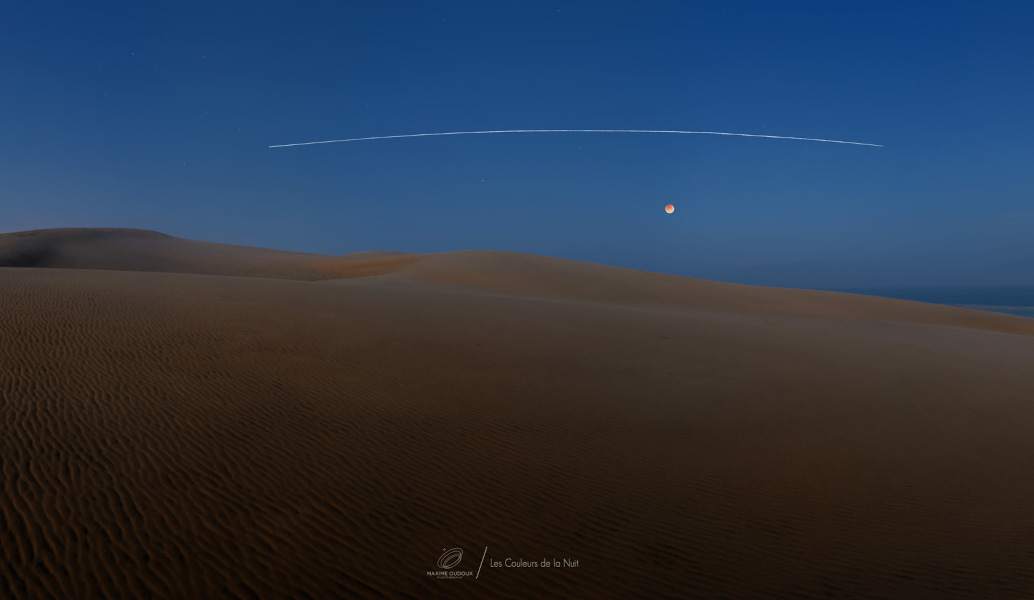 Explanation: This serene sand and skyscape finds the Dune of Pilat on the coast of France still in Earth's shadow during the early morning hours of May 16. Extending into space, the planet's dark umbral shadow covered the Moon on that date. From that location the total phase of a lunar eclipse had begun before moonset. Still in sunlight though, the International Space Station crossed from the western horizon and Earth's largest artificial moon traced the bright flat arc through the sky over 400 km above. Simply constructed, the well-planned panoramic scene was captured over a 5 minutes in a series of consecutive images.