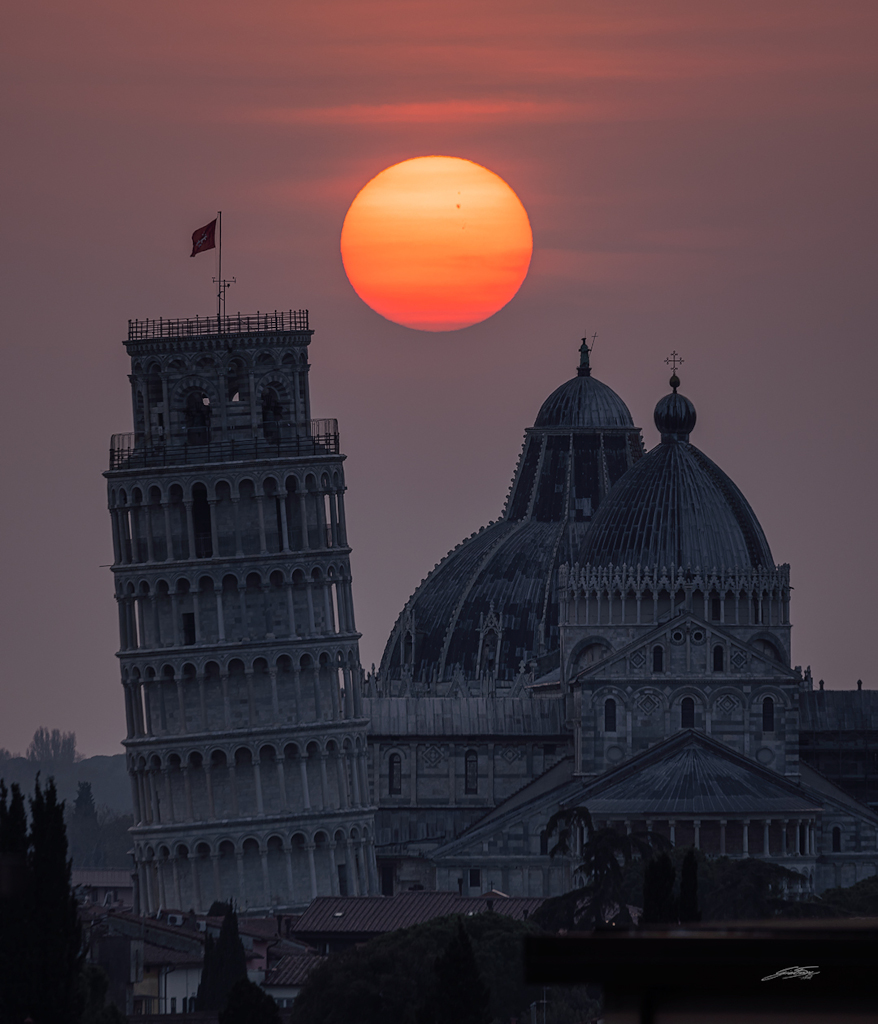 Explanation: The natural filter of a hazy atmosphere offered this recognizable architecture and sunset telephoto view on March 27. Dark against the solar disk, large sunspots in solar active regions 2975 and 2976 are wedged between the Duomo of Pisa and its famous Leaning Tower. Only one day later, Sun-staring spacecraft watched active region 2975 unleash a frenzy of solar flares along with two coronal mass ejections. The largest impacted the magnetosphere on March 31 triggering a geomagnetic storm and aurorae in high-latitude night skies. On March 30, active region 2975 erupted again with a powerful X-class solar flare that caused a temporary radio blackout on planet Earth.