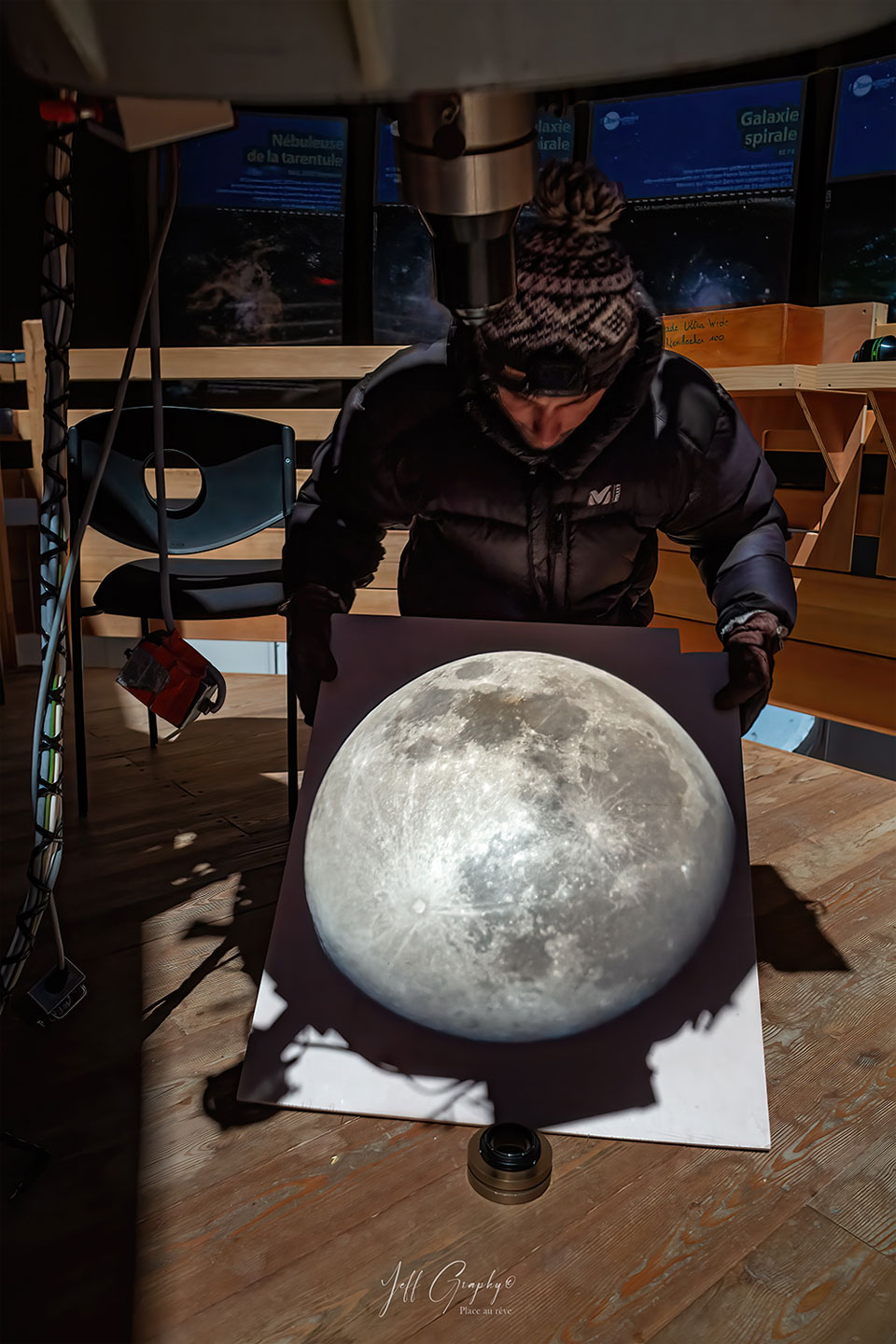 Explanation: You don't have to look through a telescope to know where it's pointing. Allowing the telescope to project its image onto a large surface can be useful because it dilutes the intense brightness of very bright sources. Such dilution is useful for looking at the Sun, for example during a solar eclipse. In the featured single-exposure image, though, it is a too-bright full moon that is projected. This February full moon occurred two weeks ago and is called the Snow Moon by some northern cultures. The projecting instrument is the main 62-centimeter telescope at the Saint-Véran Observatory high in the French Alps. Seeing a full moon directly is easier because it is not too bright, although you won't see this level of detail. Your next chance will occur on March 17.