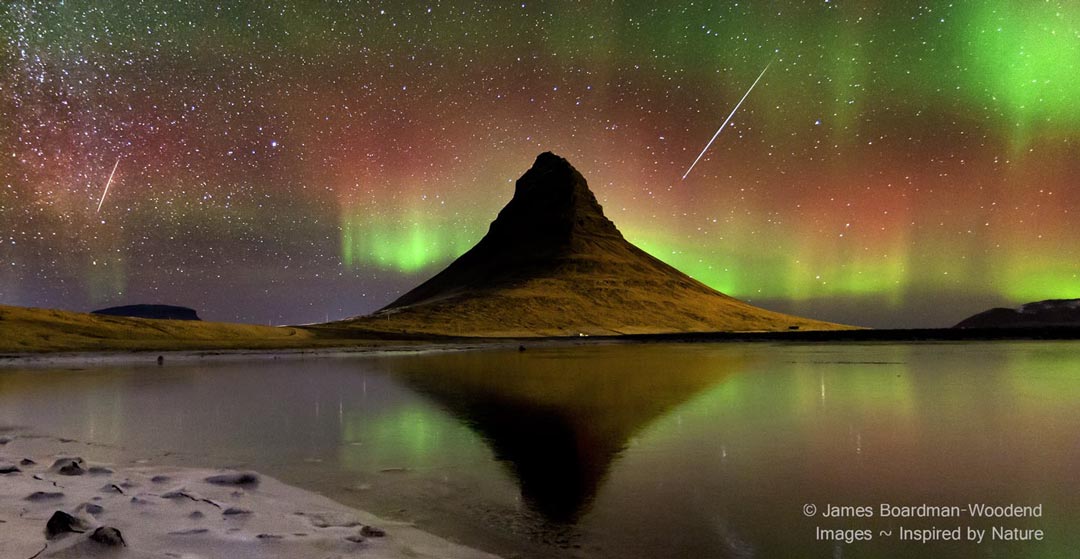 Explanation: What's going on behind that mountain? Quite a bit. First of all, the mountain itself, named Kirkjufell, is quite old and located in western Iceland near the town of Grundarfjörður. In front of the steeply-sloped structure lies a fjord that had just begun to freeze when the above image was taken -- in mid-December of 2012. Although quite faint to the unaided eye, the beautiful colors of background aurorae became quite apparent on the 25-second exposure. What makes this image of particular note, though, is that it also captures streaks from the Geminids meteor shower -- meteors that might not have been evident were the aurora much brighter. Far in the distance, on the left, is the band of our Milky Way Galaxy, while stars from our local part of the Milky Way appear spread across the background. Tonight the Geminids meteor shower peaks again and may well provide sky enthusiasts with their own memorable visual experiences.