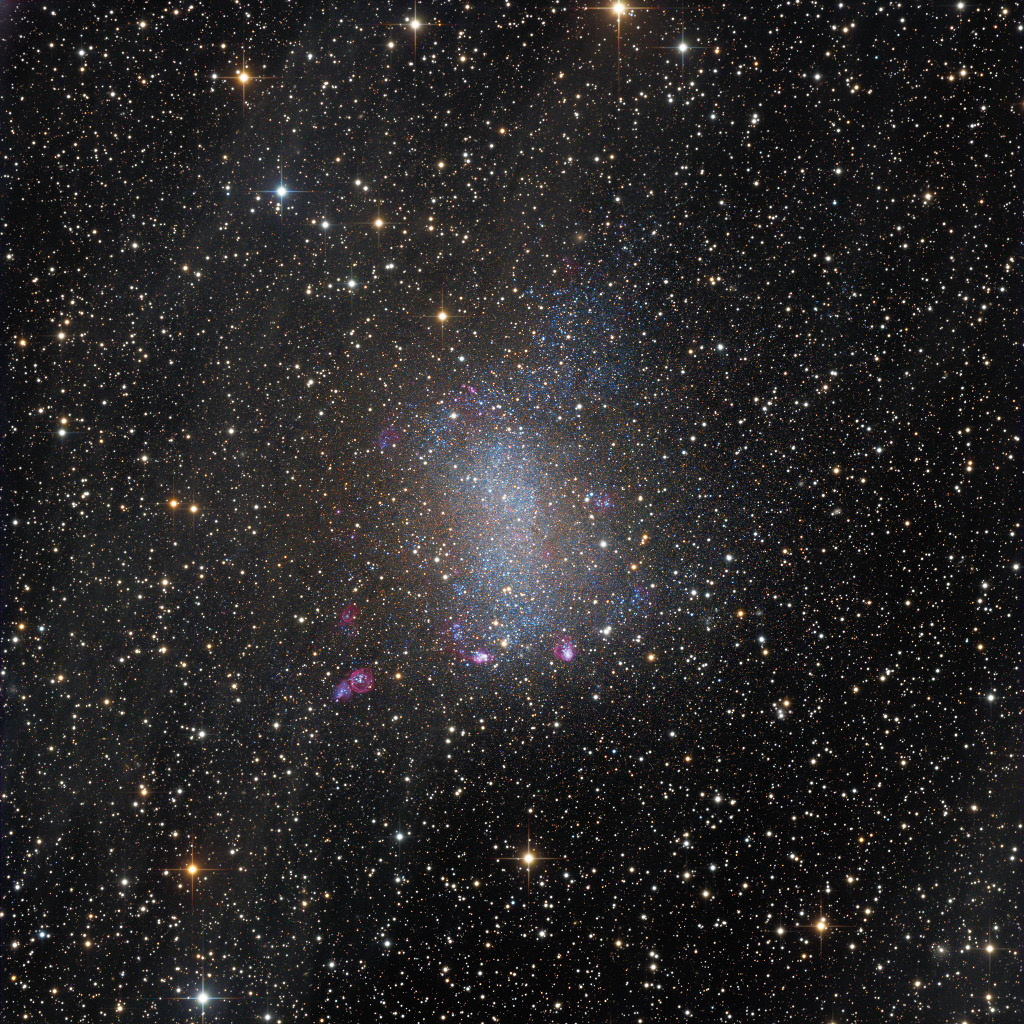 Explanation: Grand spiral galaxies often seem to get all the glory, flaunting their young, bright, blue star clusters in beautiful, symmetric spiral arms. But small galaxies form stars too, like nearby NGC 6822, also known as Barnard's Galaxy. Beyond the rich starfields in the constellation Sagittarius, NGC 6822 is a mere 1.5 million light-years away, a member of our Local Group of galaxies. A dwarf irregular galaxy similar to the Small Magellanic Cloud, NGC 6822 is about 7,000 light-years across. Brighter foreground stars in our Milky Way have a spiky appearance. Behind them, Barnard's Galaxy is seen to be filled with young blue stars and mottled with the telltale pinkish hydrogen glow of star forming regions in this deep color composite image.