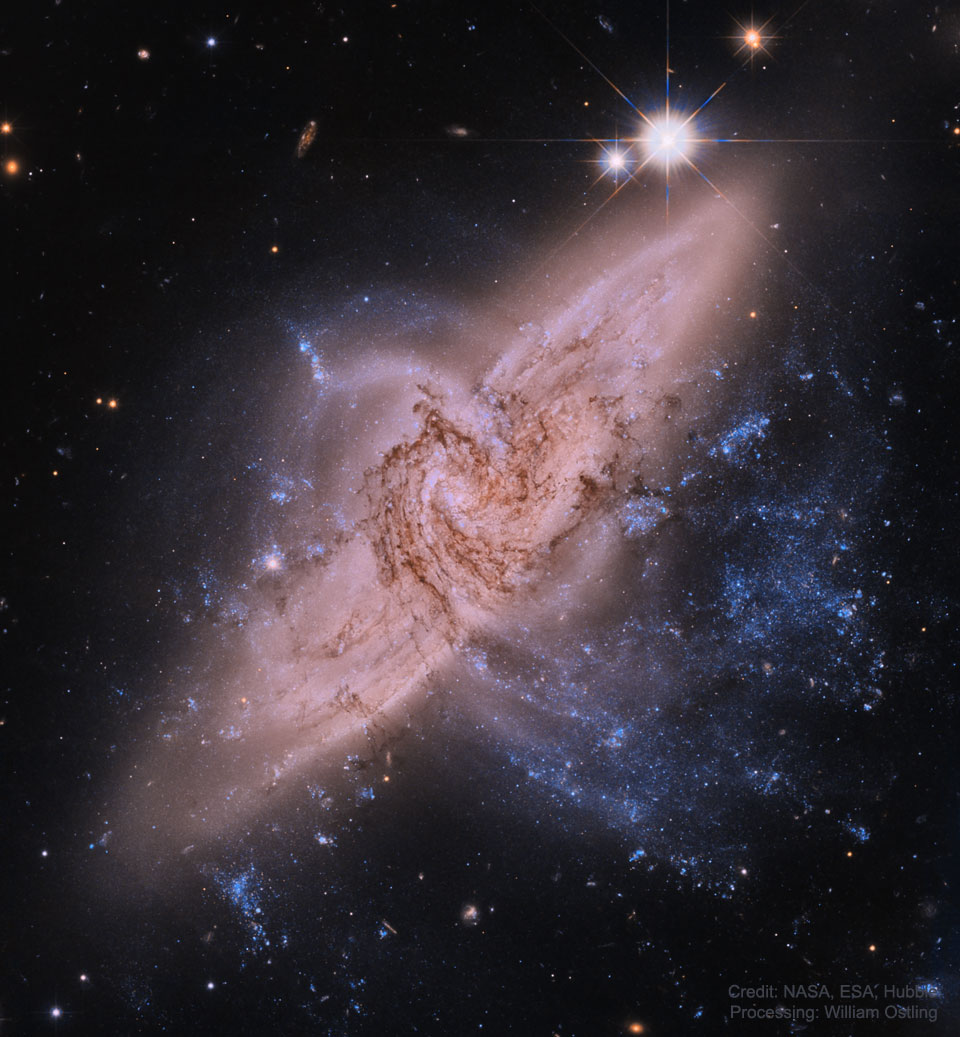 Explanation: Why doesn't the nearby galaxy create a gravitational lensing effect on the background galaxy? It does, but since both galaxies are so nearby, the angular shift is much smaller than the angular sizes of the galaxies themselves. The featured Hubble image of NGC 3314 shows two large spiral galaxies which happen to line up exactly. The foreground spiral NGC 3314a appears nearly face-on with its pinwheel shape defined by young bright star clusters. Against the glow of the background galaxy NGC 3314b, though, dark swirling lanes of interstellar dust can also be seen tracing the nearer spiral's structure. Both galaxies appear on the edge of the Hydra Cluster of Galaxies, a cluster that is about 200 million light years away. Gravitational lens distortions are much easier to see when the lensing galaxy is smaller and further away. Then, the background galaxy may even be distorted into a ring around the nearer. Fast gravitational lens flashes due to stars in the foreground galaxy momentarily magnifying the light from stars in the background galaxy might one day be visible in future observing campaigns with high-resolution telescopes.