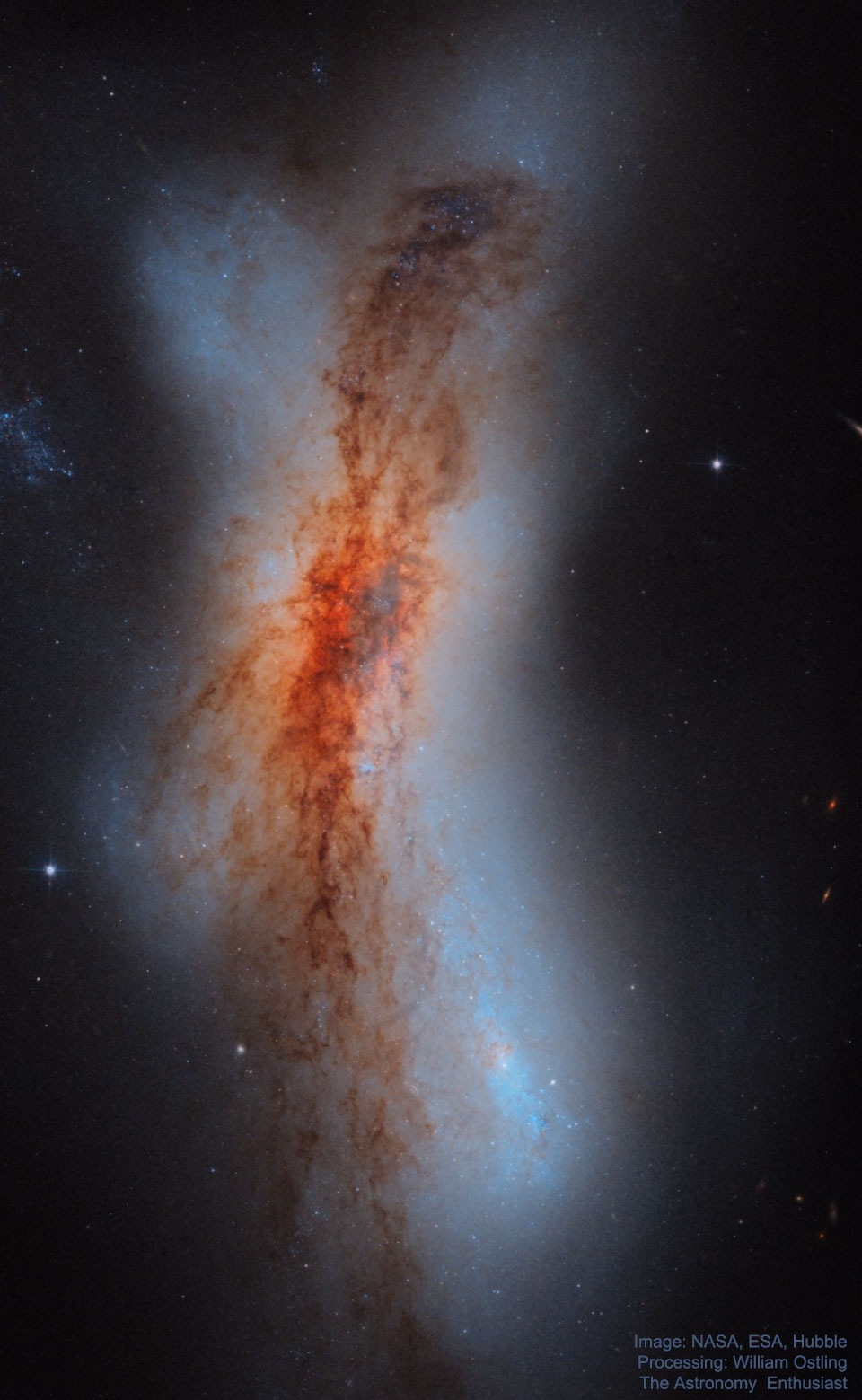 Explanation: Is this one galaxy or two? The jumble of stars, gas, and dust that is NGC 520 is now thought to incorporate the remains of two separate disk galaxies. A defining component of NGC 520 -- as seen in great detail in the featured image from the Hubble Space Telescope -- is its band of intricately interlaced dust running vertically down the spine of the colliding galaxies. A similar looking collision might be expected in a few billion years when our disk Milky Way Galaxy to collides with our large-disk galactic neighbor Andromeda (M31). The collision that defines NGC 520 started about 300 million years ago. Also known as Arp 157, NGC 520 lies about 100 million light years distant, spans about 100 thousand light years, and can be seen with a small telescope toward the constellation of the Fish (Pisces). Although the speeds of stars in NGC 520 are fast, the distances are so vast that the battling pair will surely not change its shape noticeably during our lifetimes.