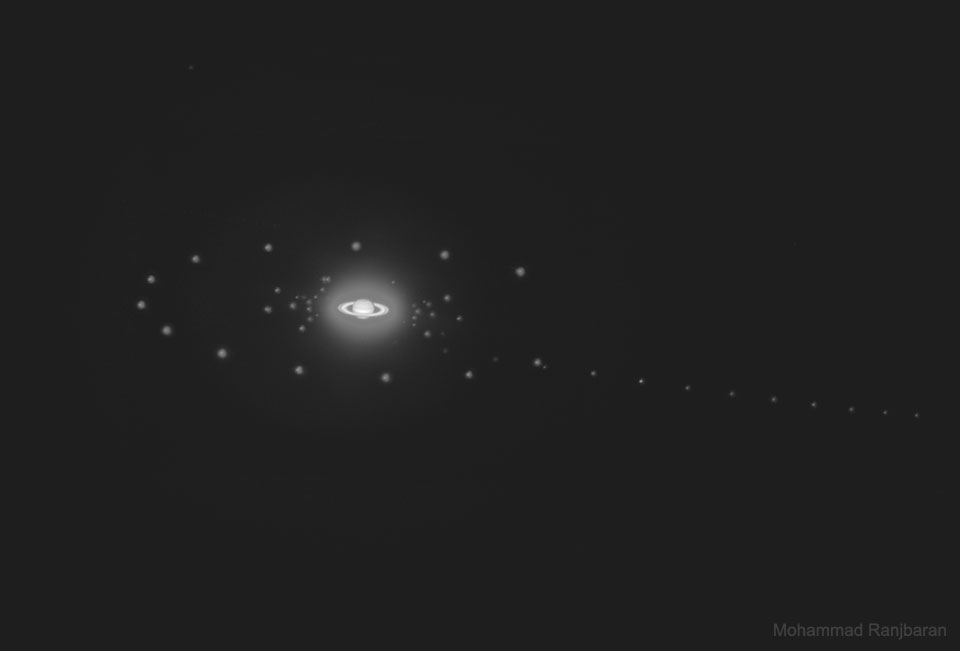 Explanation: How many moons does Saturn have? So far 82 have been confirmed, the smallest being only a fraction of a kilometer across. Six of its largest satellites can be seen here in a composite image with 13 short exposure of the bright planet, and 13 long exposures of the brightest of its faint moons, taken over two weeks last month. Larger than Earth's Moon and even slightly larger than Mercury,Saturn's largest moon Titan has a diameter of 5,150 kilometers and was captured making nearly a complete orbit around its ringed parent planet. Saturn's first known natural satellite, Titan was discovered in 1655 by Dutch astronomer Christiaan Huygens, in contrast with several newly discovered moons announced in 2019. The trail on the far right belongs to Iapetus, Saturn's third largest moon. The radius of painted Iapetus' orbit is so large that only a portion of it was captured here. Saturn leads Jupiter across the night sky this month, rising soon after sunset toward the southeast, and remaining visible until dawn.