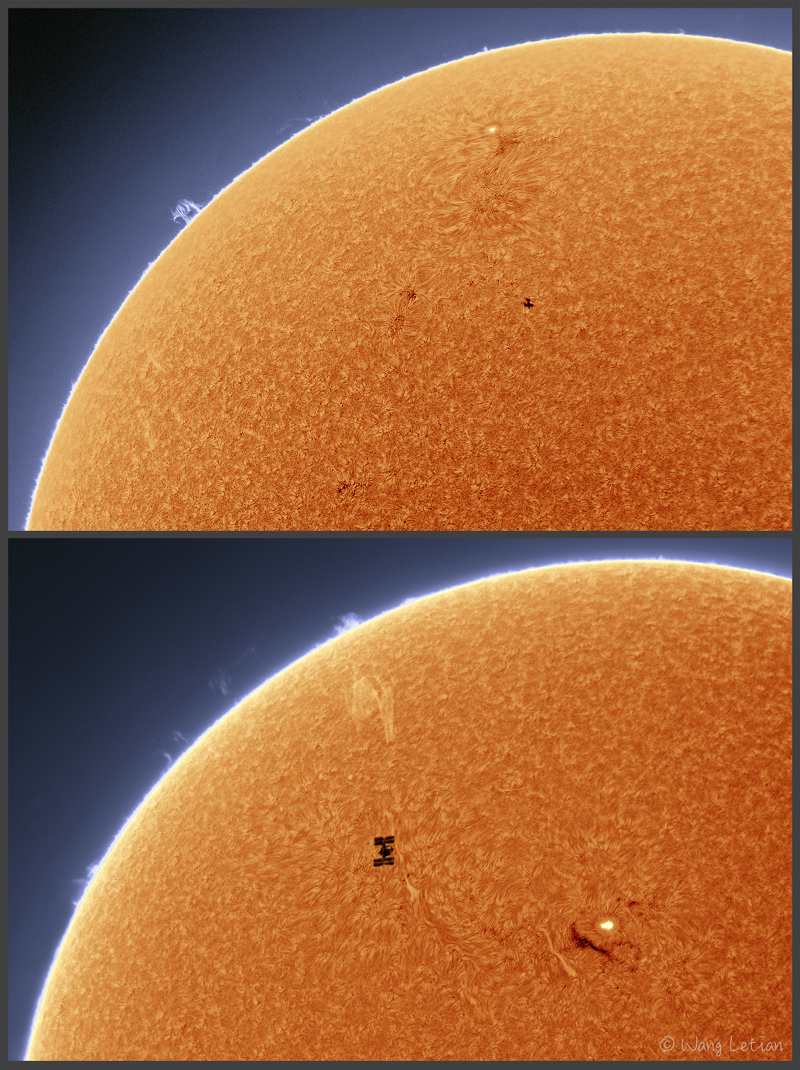 Explanation: These two panels, composed of video frames made with a safe solar telescope and hydrogen alpha filter, show remarkably sharp details on the solar disk and giant prominences along the Sun's edge on June 6 (top) and June 18. Taken from Beijing, China, they also show a transit of the International Space Station and China's new Tiangong Space Station in silhouette against the bright Sun. The International Space Station is near center in the bottom panel, crossing the solar disk left of bright active region AR2833 and below a large looping solar filament. China's space station is below solar active region AR2827 and right of center in the top panel, seen as a smaller, combined "+" and "-" shape. The pictures of the transiting orbital outposts were taken with the same equipment and at the same pixel scale, with the International Space Station some 492 kilometers away. China's space station was over 400 kilometers from the camera.