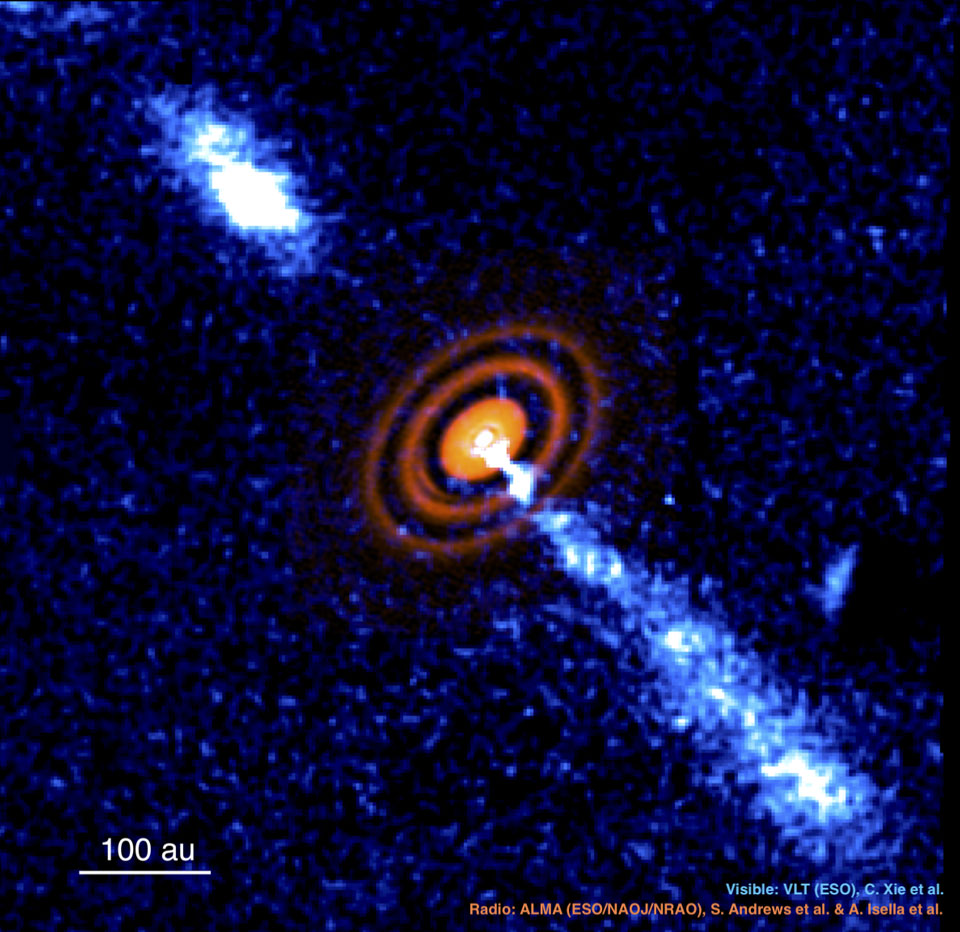 Explanation: How are jets created during star formation? No one is sure, although recent images of the young star system HD 163296 are quite illuminating. The central star in the featured image is still forming but seen already surrounded by a rotating disk and an outward moving jet. The disk is shown in radio waves taken by the Atacama Large Millimeter Array (ALMA) in Chile, and show gaps likely created by the gravity of very-young planets. The jet, shown in visible light taken by the Very Large Telescope (VLT, also in Chile), expels fast-moving gas -- mostly hydrogen -- from the disk center. The system spans hundreds of times the Earth-Sun distance (au). Details of these new observations are being interpreted to bolster conjectures that the jets are generated and shaped, at least in part, by magnetic fields in the rotating disk. Future observations of HD 163296 and other similar star-forming systems may help fill in details.