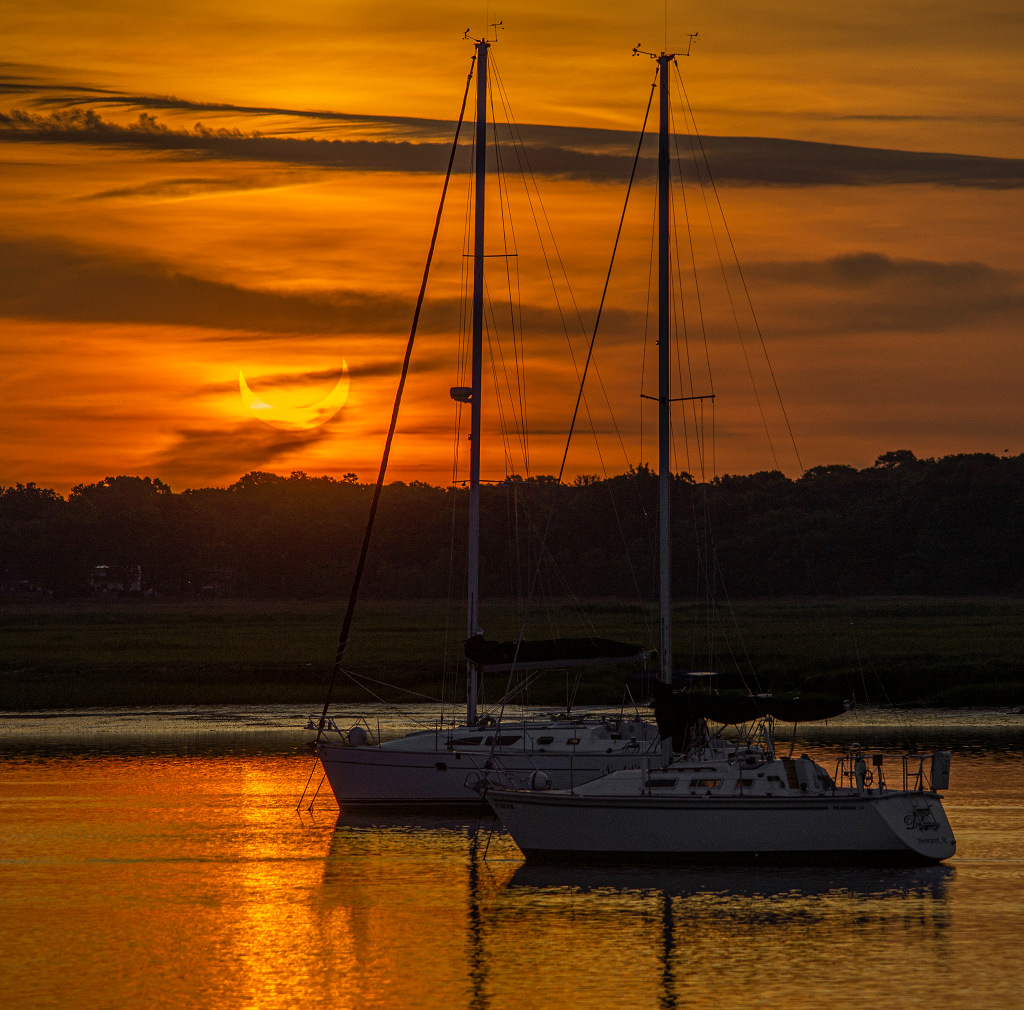 Explanation: Eclipses tend to come in pairs. Twice a year, during an eclipse season that lasts about 34 days, Sun, Moon, and Earth can nearly align. Then the full and new phases of the Moon separated by just over 14 days create a lunar and a solar eclipse. Often partial eclipses are part of any eclipse season. But sometimes the alignment at both new moon and full moon phases during a single eclipse season is close enough to produce a pair of both total (or a total and an annular) lunar and solar eclipses. For this eclipse season, the New Moon following the Full Moon's total lunar eclipse on May 26 did produce an annular solar eclipse along its northerly shadow track. That eclipse is seen here in a partially eclipsed sunrise on June 10, photographed from a fishing pier in Stratford, Connecticut in the northeastern US.