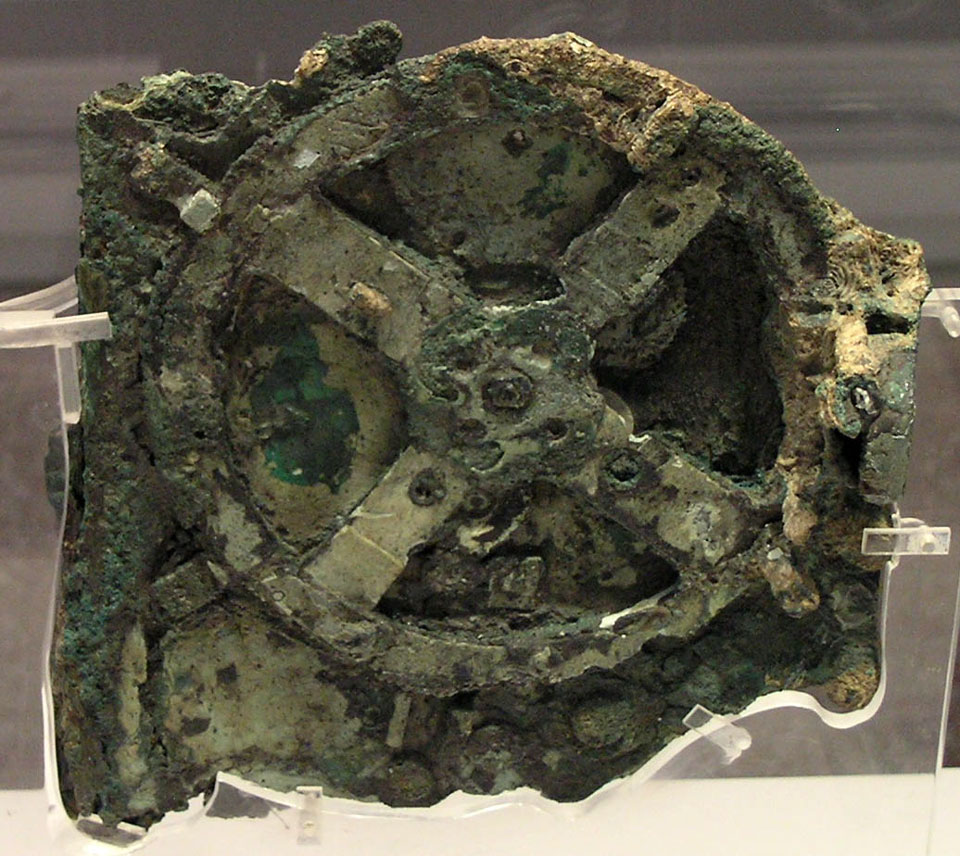 Explanation: No one knew that 2,000 years ago, the technology existed to build such a device. The Antikythera mechanism, pictured, is now widely regarded as the first computer. Found at the bottom of the sea aboard a decaying Greek ship, its complexity prompted decades of study, and even today some of its functions likely remain unknown. X-ray images of the device, however, have confirmed that a main function of its numerous clock-like wheels and gears is to create a portable, hand-cranked, Earth-centered, orrery of the sky, predicting future star and planet locations as well as lunar and solar eclipses. The corroded core of the Antikythera mechanism's largest gear is featured, spanning about 13 centimeters, while the entire mechanism was 33 centimeters high, making it similar in size to a large book. Recently, modern computer modeling of missing components is allowing for the creation of a more complete replica of this surprising ancient machine.