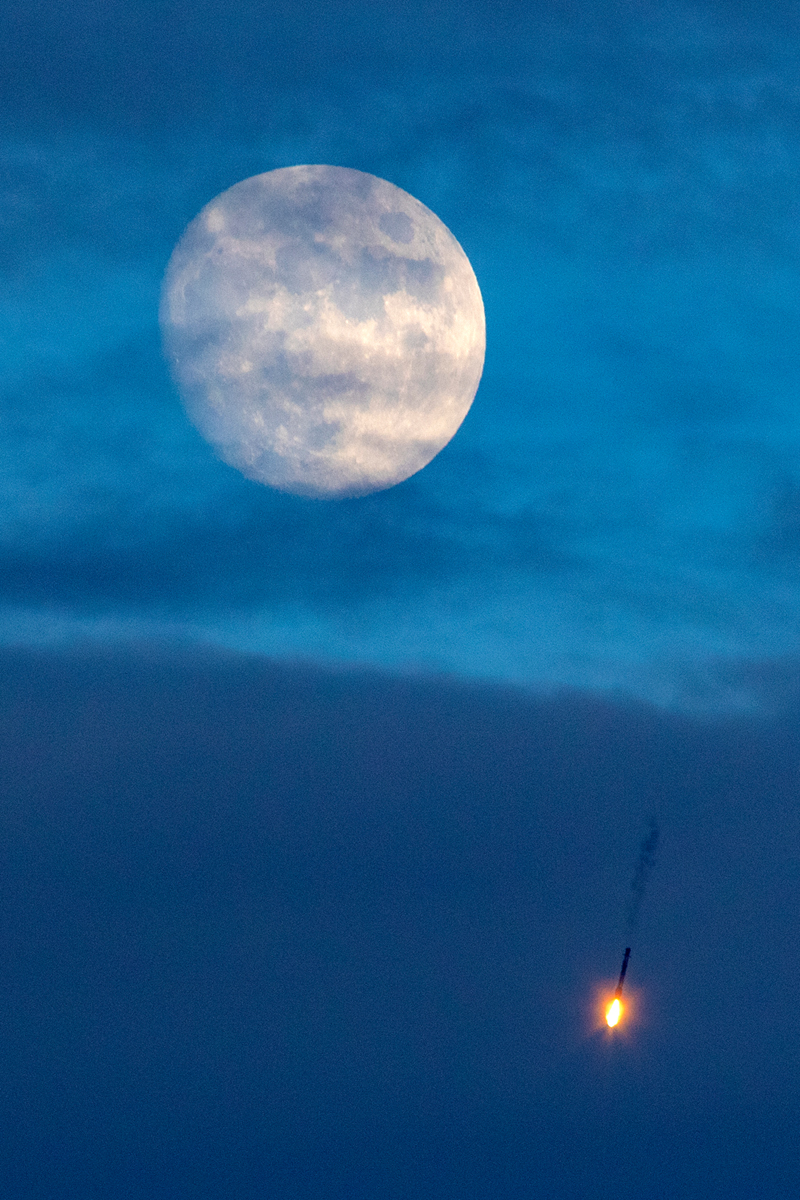 Explanation: Illuminating planet Earth's night, full moons can have many names. This year the last full moon of northern hemisphere summer was on September 2, known to some as the Full Corn Moon. A few days earlier on August 30 this almost full moon rose just before sunset though, shining through cloudy skies over Cape Canaveral Air Force Station on Florida's Space Coast. A well-timed snapshot caught the glare of rocket engines firing below the lunar disk, a Falcon 9 rocket's first stage successfully returning to Cape Canaveral's landing zone 1. About 9 minutes earlier, the same SpaceX Falcon 9 rocket had launched the SAOCOM 1B satellite toward polar orbit. The fourth launch for this reusable Falcon 9 first stage, it was the first launch to a polar orbit from Cape Canaveral since 1969.