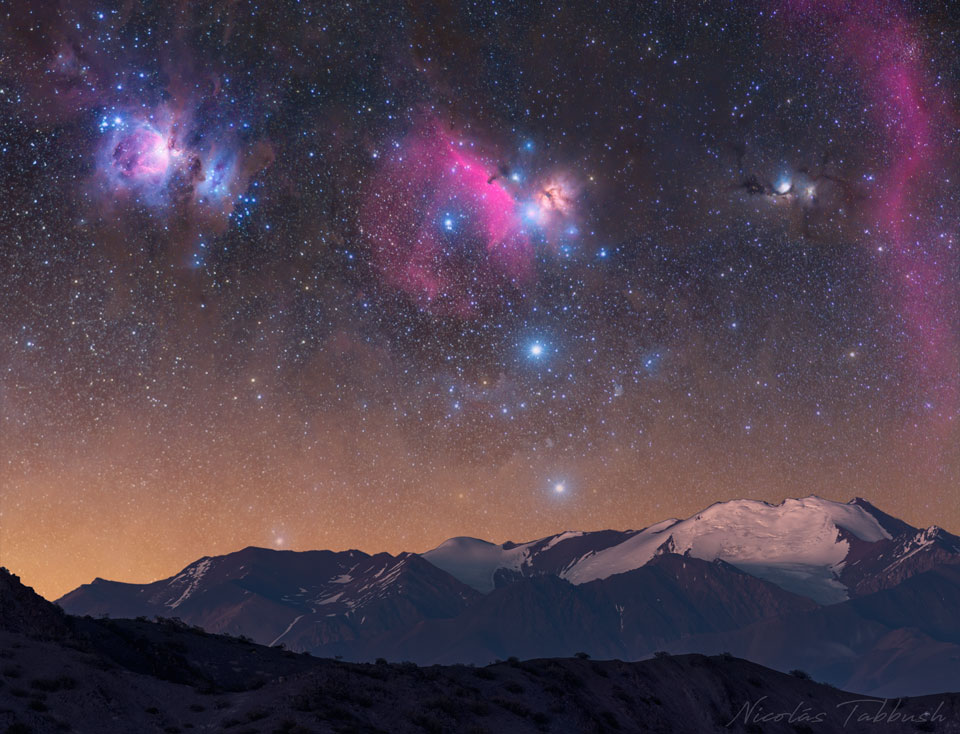 Explanation: Do you recognize the constellation of Orion? It may be harder than usual in today's featured image because the camera has zoomed in on the center, and the exposure is long enough to enhance nebulas beyond what the unaided human eye can see. Still, once you become oriented, you can see Orion's three belt stars lined up vertically near the image center, and even locate the familiar Orion Nebula on the upper left. Famous faint features that are also visible include the dark Horsehead Nebula indentation near the image center, and the dusty Flame Nebula just to its right. Part of the Orion-encircling Barnard's Loop can also be found on the far right. The image combines multiple sky-tracking shots of the background in different colors with a single static foreground exposure taken at twilight -- all captured with the same camera and from the same location. The picturesque scene was captured early last year from mountains in San Juan, Argentina.