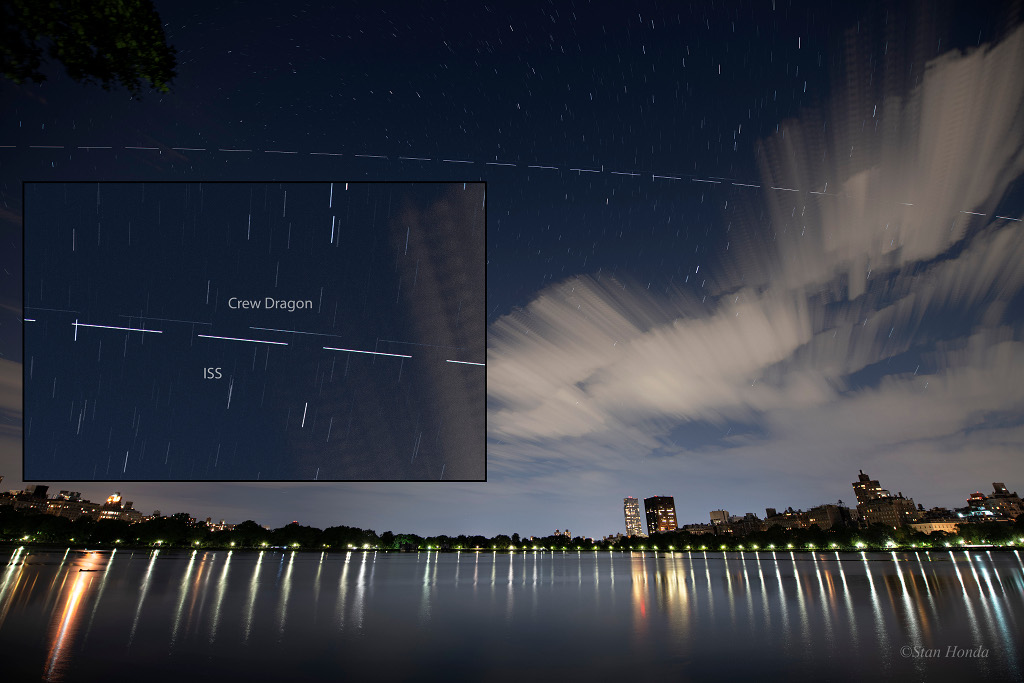 Explanation: Still bathed in sunlight the International Space Station (ISS) arced through this Manhattan evening sky on May 30. Moving left to right, its bright trail was captured in this composite image with a series of 5 second long exposures. Stars left short trails and lights were reflected in still waters looking toward the north across the Central Park reservoir. Chasing the ISS in low Earth orbit the Crew Dragon spacecraft dubbed Endeavour also left a trail through that urban night. Seen about 6 hours after its launch the spacecraft's faint trail appears above the ISS, shown in the inset just as the two approached the bank of clouds at the right. Dragon Endeavour docked successfully with the ISS about nineteen hours after reaching orbit.