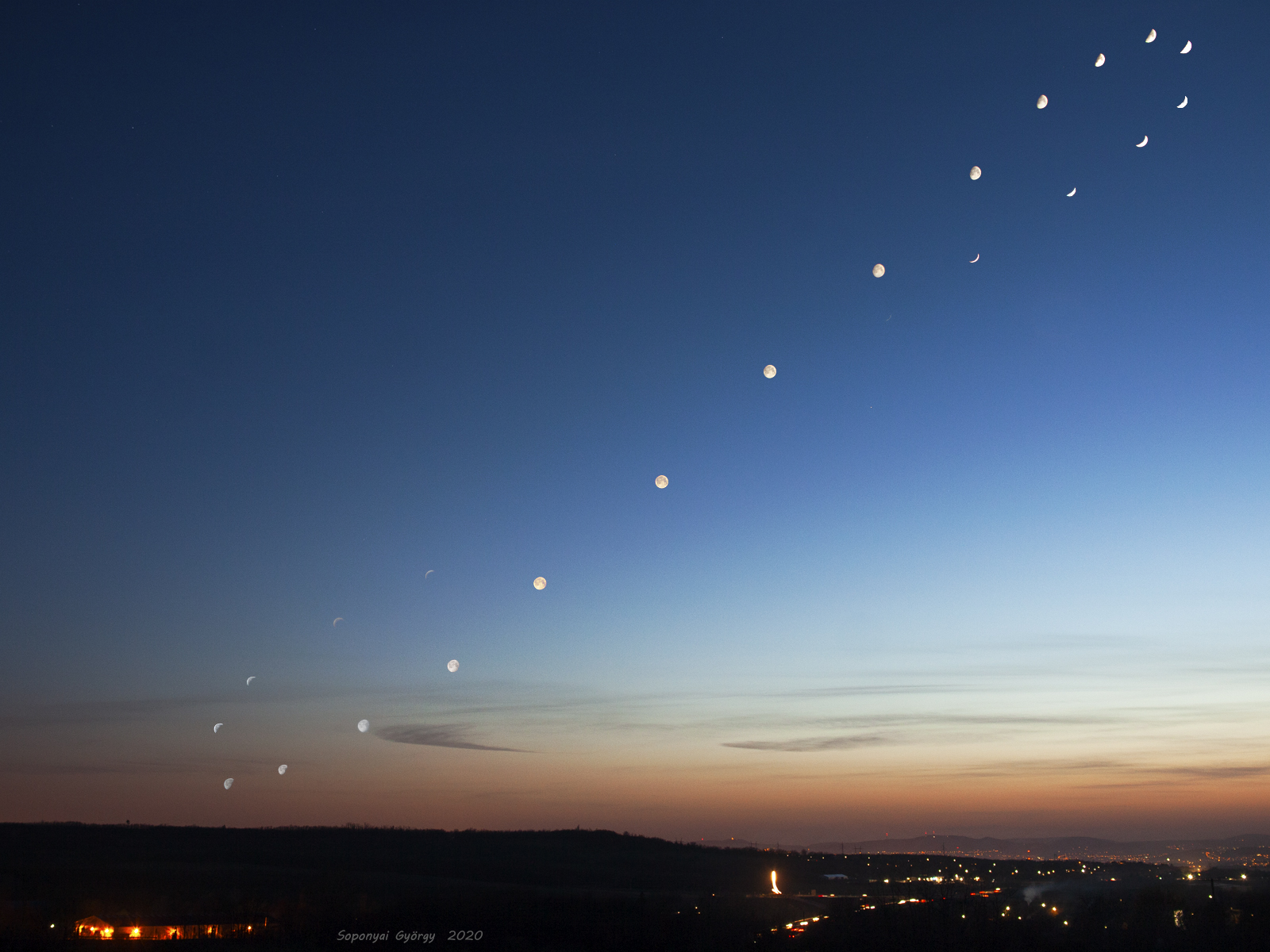 Explanation: An analemma is that figure-8 curve you get when you mark the position of the Sun at the same time each day for one year. But the trick to imaging an analemma of the Moon is to wait bit longer. On average the Moon returns to the same position in the sky about 50 minutes and 29 seconds later each day. So photograph the Moon 50 minutes 29 seconds later on successive days. Over one lunation or lunar month it will trace out an analemma-like curve as the Moon's actual position wanders due to its tilted and elliptical orbit. To create this composite image of a lunar analemma, astronomer Gyorgy Soponyai chose a lunar month from March 26 to April 18 with a good stretch of weather and a site close to home near Mogyorod, Hungary. Crescent lunar phases too thin and faint to capture around the New Moon are missing though. Facing southwest, the lights of Budapest are in the distance of the base image taken on March 27.