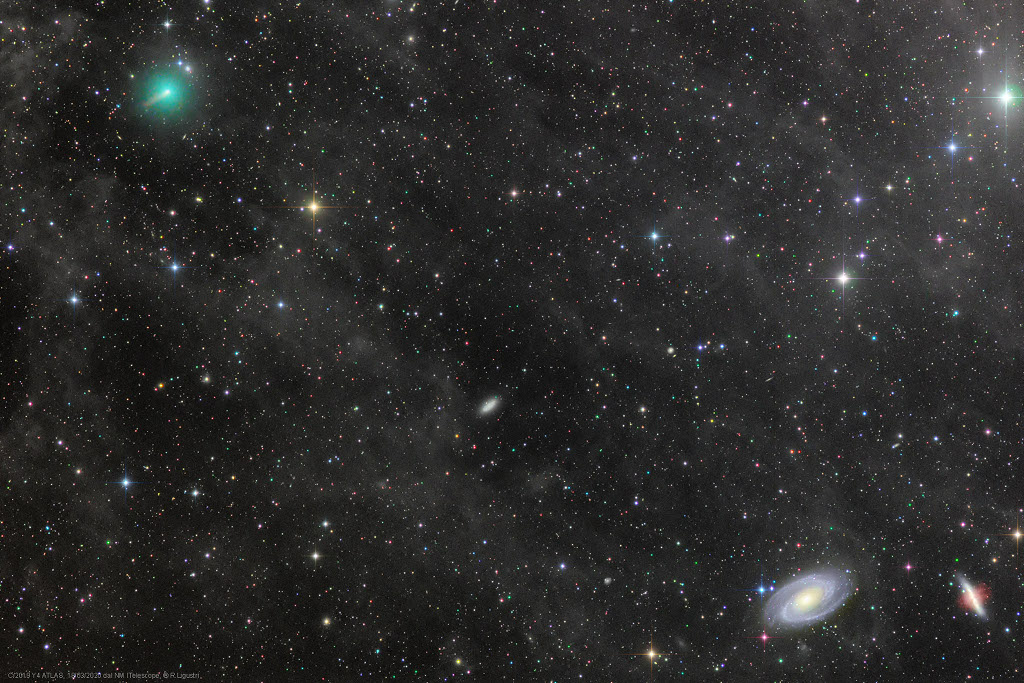 Explanation: Comet ATLAS C/2019 Y4 was discovered by the NASA funded Asteroid Terrestrial-impact Last Alert System, the last comet discovery reported in 2019. Now growing brighter in northern night skies, the comet's pretty greenish coma is at the upper left of this telescopic skyview captured from a remotely operated observatory in New Mexico on March 18. At lower right are M81 and M82, well-known as large, gravitationally interacting galaxies. Seen through faint dust clouds above the Milky Way, the galaxy pair lies about 12 million light-years distant, toward the constellation Ursa Major. In bound Comet ATLAS is about 9 light-minutes from Earth, still beyond the orbit of Mars. The comet's elongated orbit is similar to orbit of the Great Comet of 1844 though, a trajectory that will return this comet to the inner Solar System in about 6,000 years. Comet ATLAS will reach a perihelion or closest approach to the Sun on May 31 inside the orbit of Mercury and may become a naked-eye comet in the coming days.