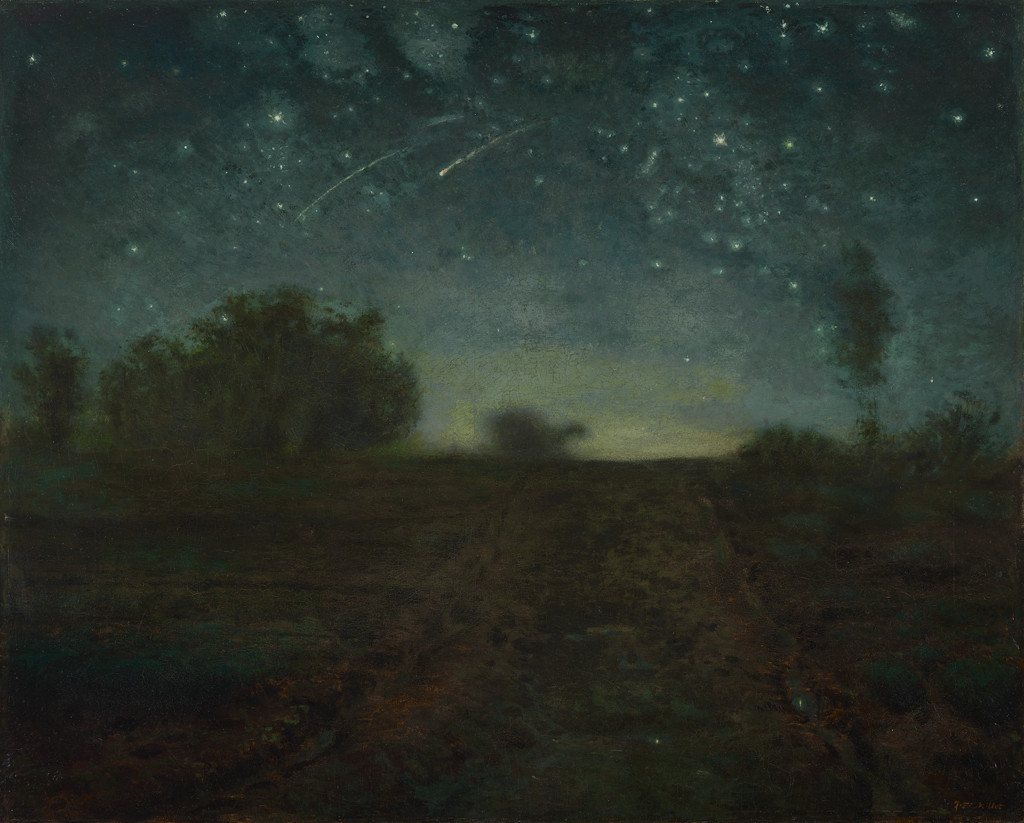 Explanation: A dramatic nocturnal landscape from around 1850, this oil painting is the work of French artist Jean-Francois Millet. In the dark and atmospheric night sky are shooting stars, known too as meteors, above a landscape showing a path through the faintly lit countryside that leads toward trees and a cart in silhouette on the horizon. Millet was raised in a farming family in Normandy and is known for his paintings of rural scenes and peasant life. This Starry Night was painted after the artist moved to Barbizon, about 30 kilometers southeast of any 19th century light pollution from Paris. Millet wrote to his brother at this time, "If only you knew how beautiful the night is ... the calm and grandeur of it are so awesome that I find that I actually feel overwhelmed." Dutch artist Vincent van Gogh was an admirer of Millet's work, and later also painted two dramatic starry nights.