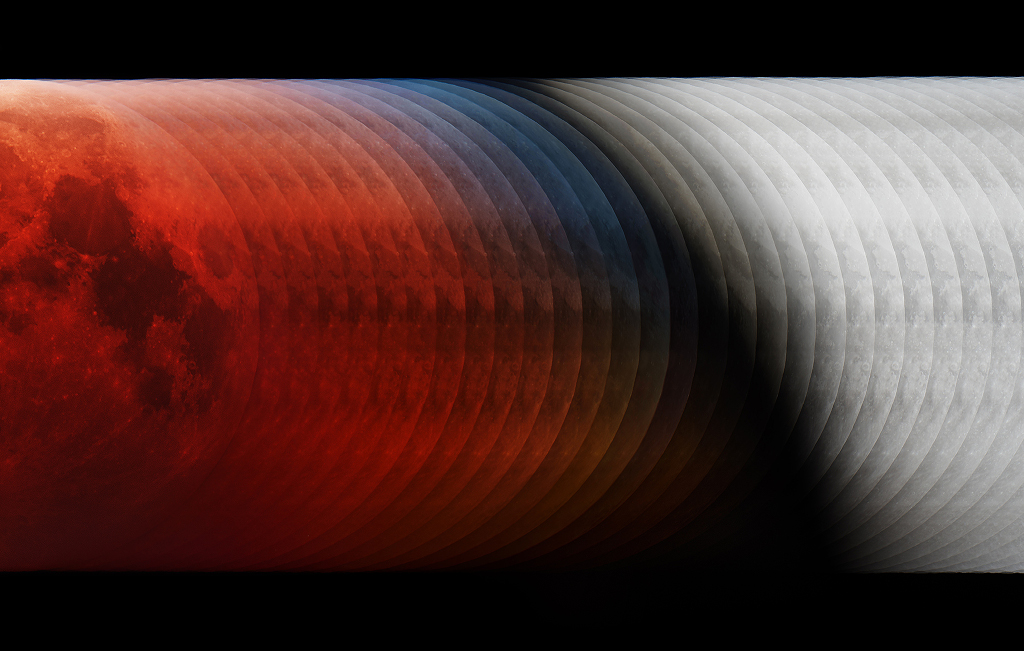 Explanation: On January 21, 2019 moonwatchers on planet Earth saw a total lunar eclipse. In 35 frames this composite image follows the Moon that night as it crossed into Earth's dark umbral shadow. Taken 3 minutes apart, they almost melt together in a continuous screen that captures the dark colors within the shadow itself and the northern curve of the shadow's edge. Sunlight scattered by the atmosphere into the shadow causes the lunar surface to appear reddened during totality (left), but close to the umbra's edge, the limb of the eclipsed Moon shows a remarkable blue hue. The blue eclipsed moonlight originates as rays of sunlight pass through layers high in Earth's upper stratosphere, colored by ozone that scatters red light and transmits blue. The Moon's next crossing into Earth's umbral shadow, will be on May 26, 2021.