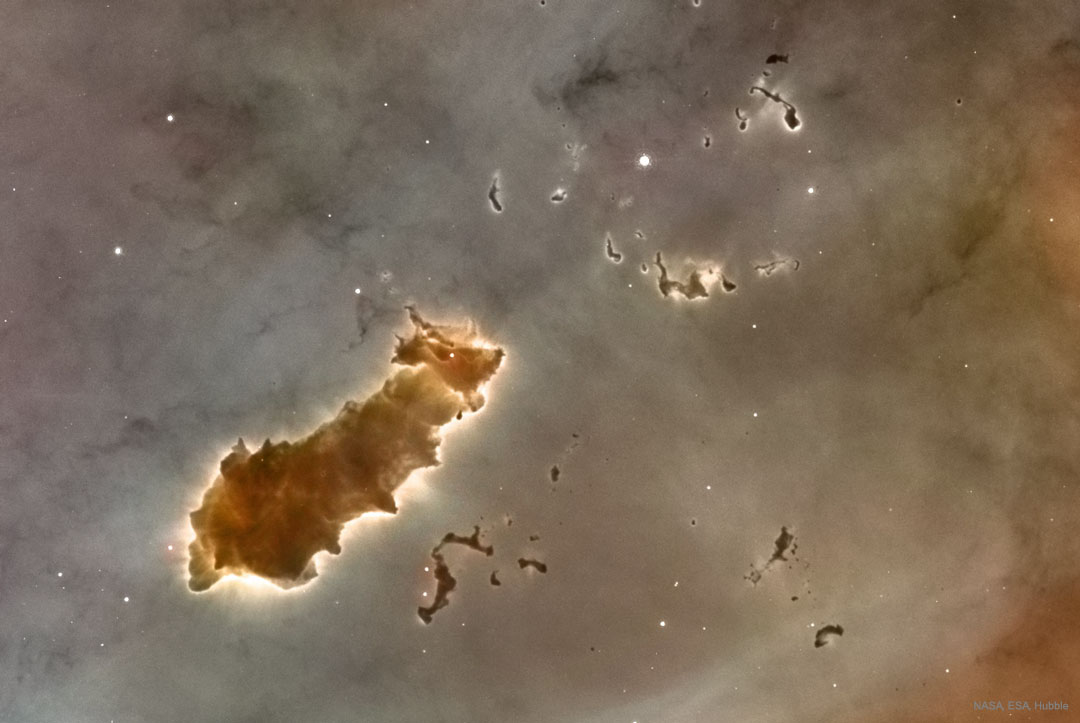 Explanation: They are not alive -- but they are dying. The unusual forms found in the Carina nebula, a few of which are featured here, might best be described as evaporating. Energetic light and winds from nearby stars are breaking apart the dark dust grains that make the iconic forms opaque. Ironically the figures, otherwise known as dark molecular clouds or bright rimmed globules, frequently create in their midst the very stars that later destroy them. The floating space structures pictured here by the orbiting Hubble Space Telescope span a few light months. The Great Nebula in Carina itself spans about 30 light years, lies about 7,500 light years away, and can be seen with a small telescope toward the constellation of Keel(Carina).