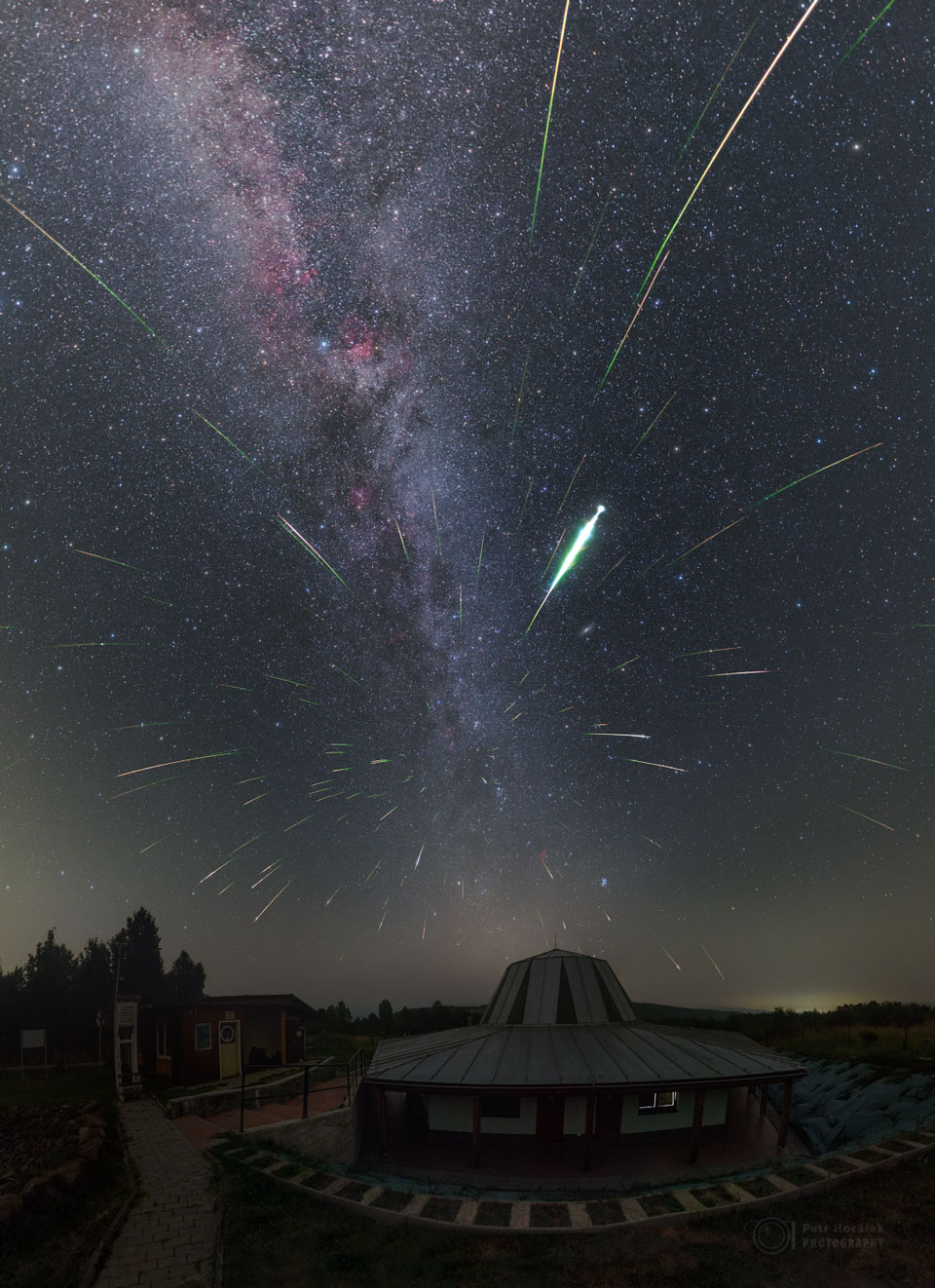 Explanation: Tonight is a good night to see meteors. Comet dust will rain down on planet Earth, streaking through dark skies during the peak of the annual Perseid Meteor Shower. The featured composite image was taken during last year's Perseids from the Poloniny Dark Sky Park in Slovakia. The unusual building in the foreground is a planetarium on the grounds of Kolonica Observatory. Although the comet dust particles travel parallel to each other, the resulting shower meteors clearly seem to radiate from a single point on the sky in the eponymous constellation Perseus. The radiant effect is due to perspective, as the parallel tracks appear to converge at a distance, like train tracks. The Perseid Meteor Shower is expected to peak after midnight tonight, although unfortunately this year the sky will be brightened by a near full Moon.