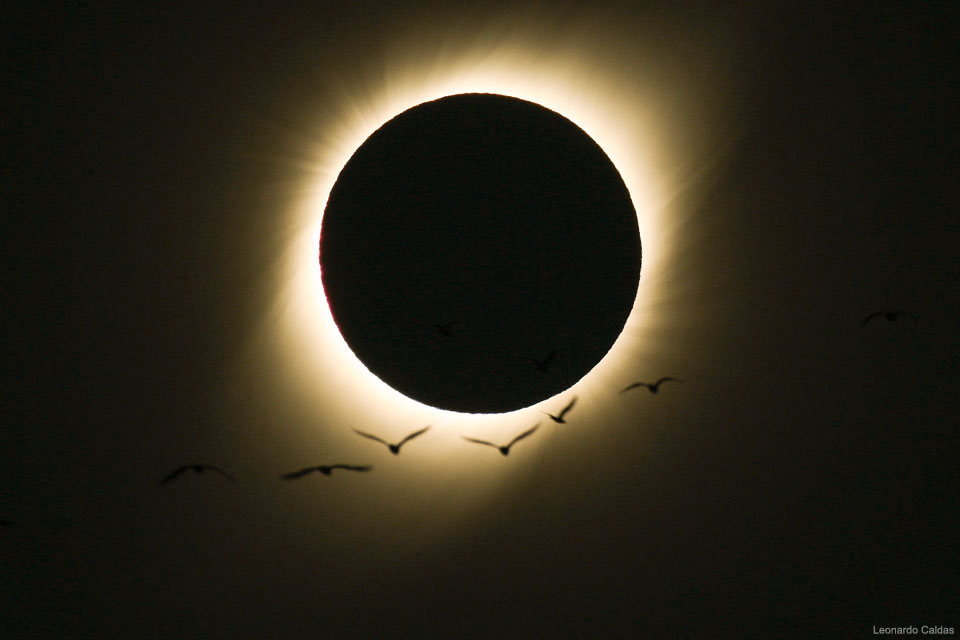 Explanation: What do birds do during a total solar eclipse? Darkness descends more quickly in a total eclipse than during sunset, but returns just as quickly -- and perhaps unexpectedly to the avians -- just a few minutes later. Stories about the unusual behavior of birds during eclipses have been told for centuries, but bird reactions were recorded and studied systematically by citizen scientists participating in an eBird project during the total solar eclipse that crossed the USA in 2017 August. Although some unusual behaviors were observed, many observers noted birds acting like it was dusk and either landing or flying low to the ground. Radar confirmed a significant decrease in high-flying birds and insects during and just after totality. Conversely, several sightings of normally nocturnal birds were reported. Pictured, a flock of birds in La Serena, Chile flew through the air together during the total solar eclipse that crossed South America last week. The photographer captured the scene in frames from an eclipse video. The next total solar eclipse in 2020 December will also cross South America, while in 2024 April a total solar eclipse will cross North America from Mexico through New England, USA.