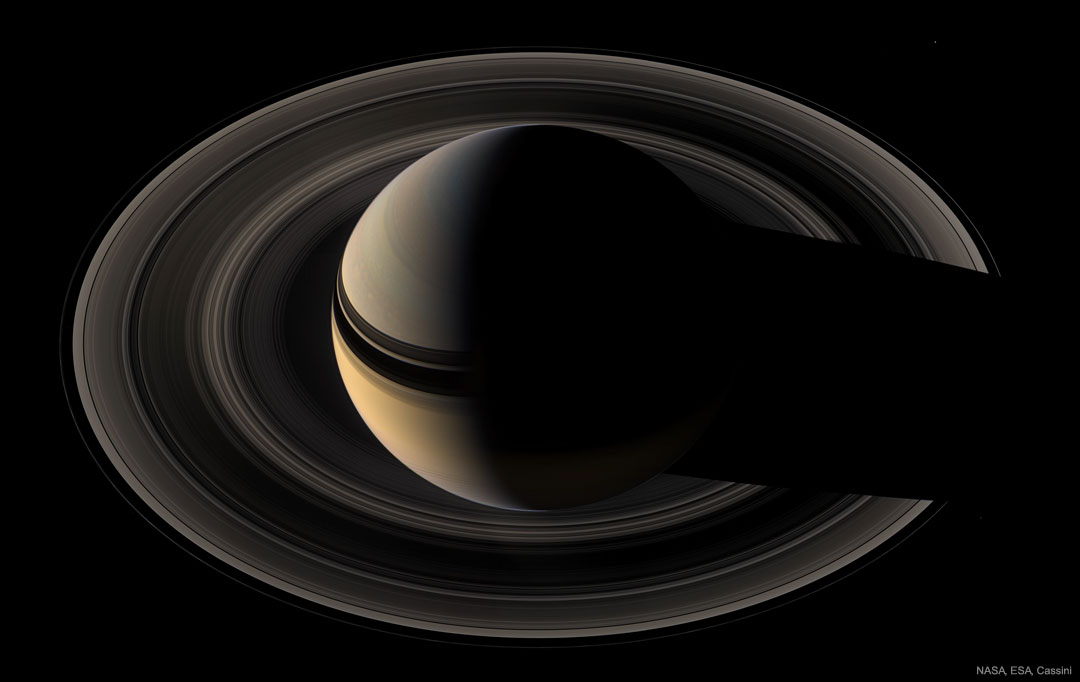 Explanation: Saturn never shows a crescent phase -- from Earth. But when viewed from beyond, the majestic giant planet can show an unfamiliar diminutive sliver. This image of crescent Saturn in natural color was taken by the robotic Cassini spacecraft in 2007. The featured image captures Saturn's majestic rings from the side of the ring plane opposite the Sun -- the unilluminated side -- another vista not visible from Earth. Pictured are many of Saturn's photogenic wonders, including the subtle colors of cloud bands, the complex shadows of the rings on the planet, and the shadow of the planet on the rings. A careful eye will find the moons Mimas (2 o'clock) and Janus (4 o'clock), but the real challenge is to find Pandora (8 o'clock). Saturn is now nearly opposite from the Sun in the Earth's sky and so can be seen in the evening starting just after sunset for the rest of the night.