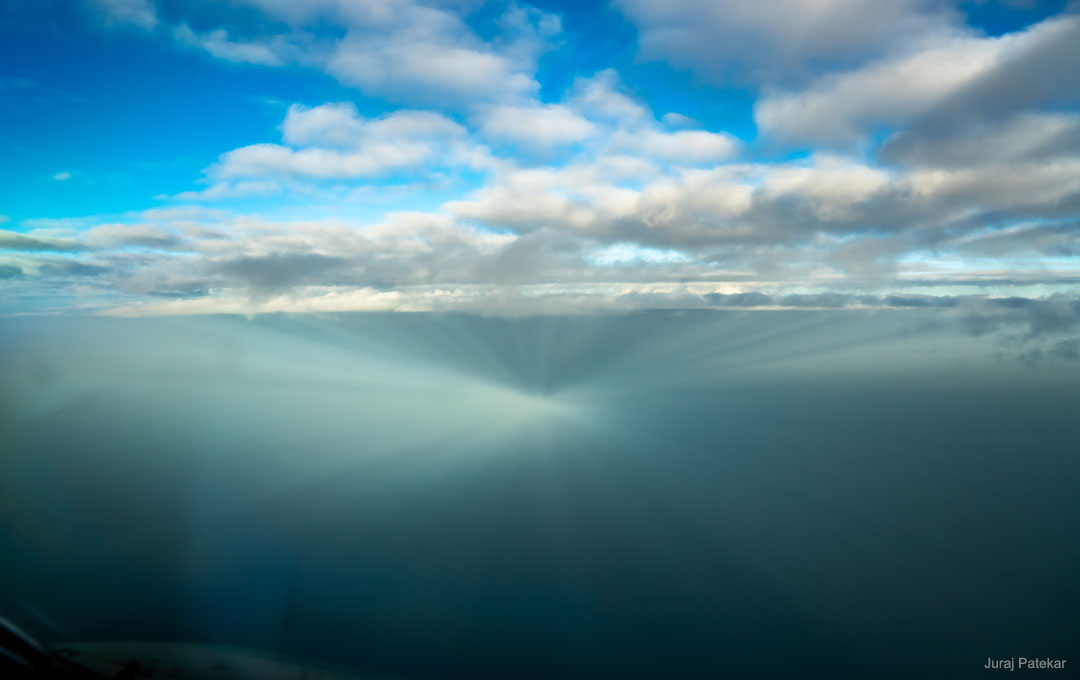 Explanation: Is there ever anything interesting to see in the direction opposite the Sun? Sometimes there is. Notable items include your own shadow, a shadow of the Moon during a total solar eclipse, a full moon -- in eclipse if the alignment's good enough, a full earth, planets at opposition, glints from planets, the gegenschein from interplanetary dust, the center of a rainbow, hall-of-mountain fogbows, an airplane glory, and something yet again different if your timing, clouds and Sun position are just right. This different effect starts with clouds near the Sun that are causing common crepuscular rays to stream through. In the featured rare image taken from an airplane in mid-April, these beams were caught converging 180 degrees around, on the opposite side of the sky from the Sun, where they are called anticrepuscular rays. Therefore, it may look like something bright is shining at the antisolar point near the image center, but actually it is reverse-shining because, from your direction, light is streaming in, not out.