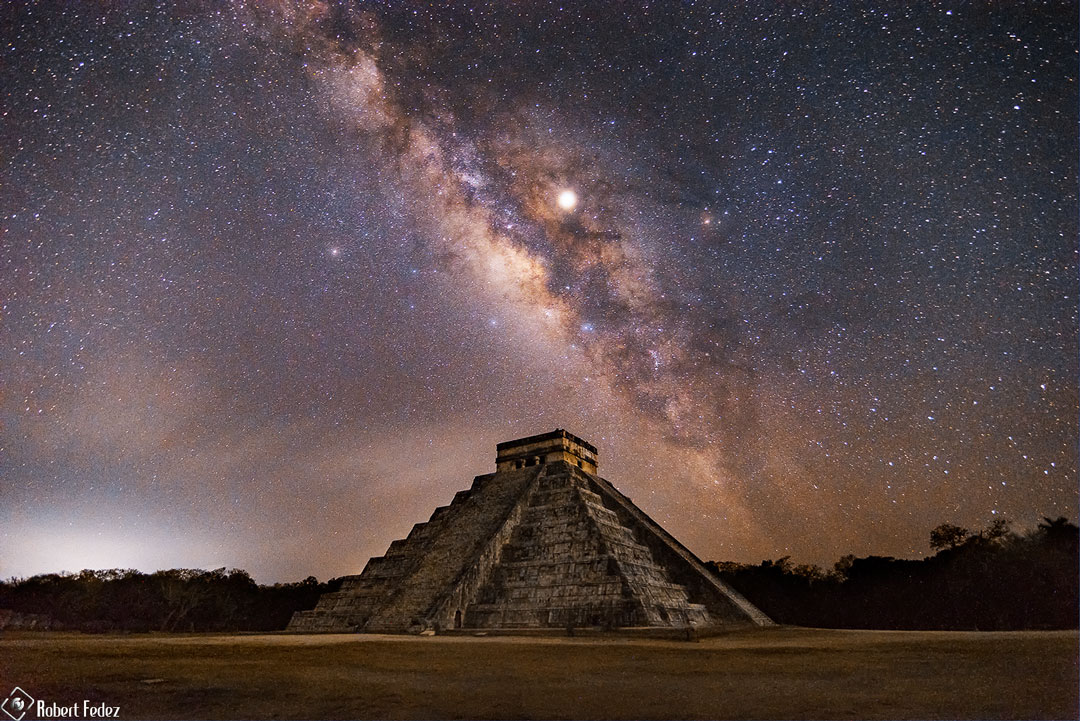 Explanation: To see the feathered serpent descend the Mayan pyramid requires exquisite timing. You must visit El Castillo -- in Mexico's Yucatán Peninsula -- near an equinox. Then, during the late afternoon if the sky is clear, the pyramid's own shadows create triangles that merge into the famous illusion of the slithering viper. Also known as the Temple of Kukulkan, the impressive step-pyramid stands 30 meters tall and 55 meters wide at the base. Built up as a series of square terraces by the pre-Columbian civilization between the 9th and 12th century, the structure can be used as a calendar and is noted for astronomical alignments. To see the central band of our Milky Way Galaxy descend overhead the Mayan pyramid, however, requires less exquisite timing. Even the ancient Mayans might have been impressed, though, to know that the exact positions of the Milky Way, Saturn (left) and Jupiter (right) in the featured image give it a time stamp more specific than equinox -- in fact 2019 April 7 at 5 am.