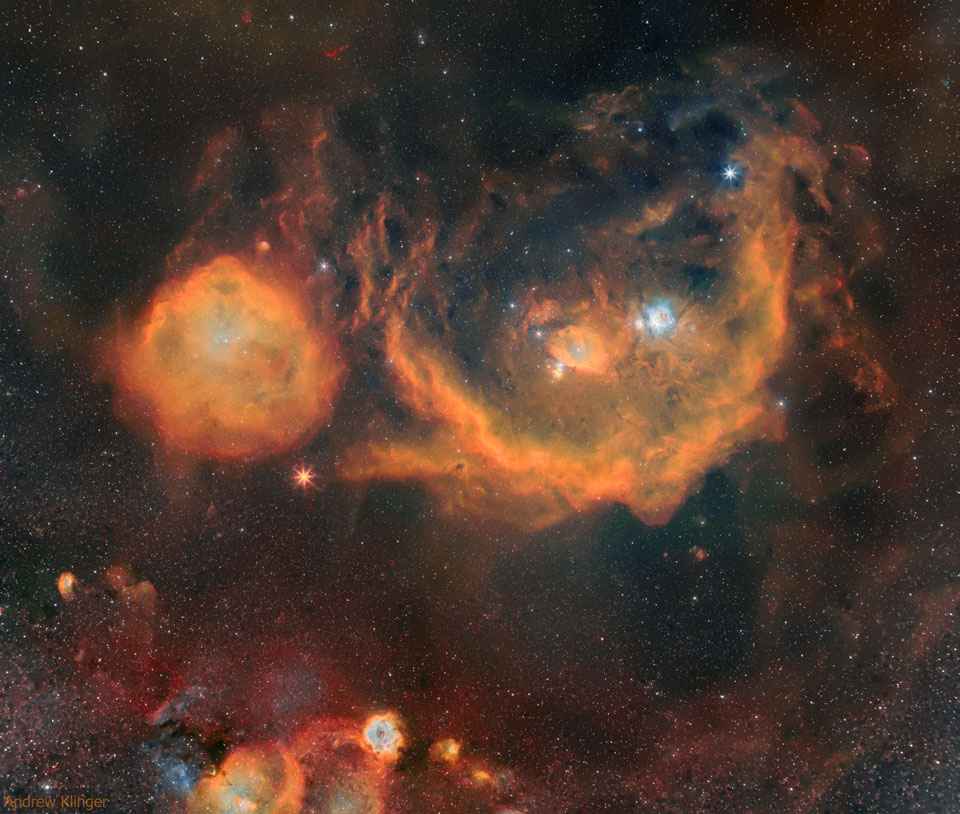 Explanation: The constellation of Orion is much more than three stars in a row. It is a direction in space that is rich with impressive nebulas. To better appreciate this well-known swath of sky, a new long exposure image was taken over several clear nights in January, February and March. After 23 hours of camera time and untold hours of image processing, the featured collage in the light of hydrogen, oxygen, and sulfur was produced spanning over 40 times the angular diameter of the Moon. Of the many interesting details that have become visible, one that particularly draws the eye is Barnard's Loop, the bright red orange arc just to the right of the image center. The Rosette Nebula is not the giant orange nebula just to the left of the image center -- that is larger but lesser known nebula known as the Meissa Ring. The Rosette Nebula is visible, though: it is the bright orange, blue and white nebula near the image bottom. The bright orange star just left of the frame center is Betelgeuse, while the bright blue star on the upper right is Rigel. About those famous three stars that cross the belt of Orion the Hunter -- in this busy frame they can be hard to locate, but a discerning eye will find them just to the right of the image center.