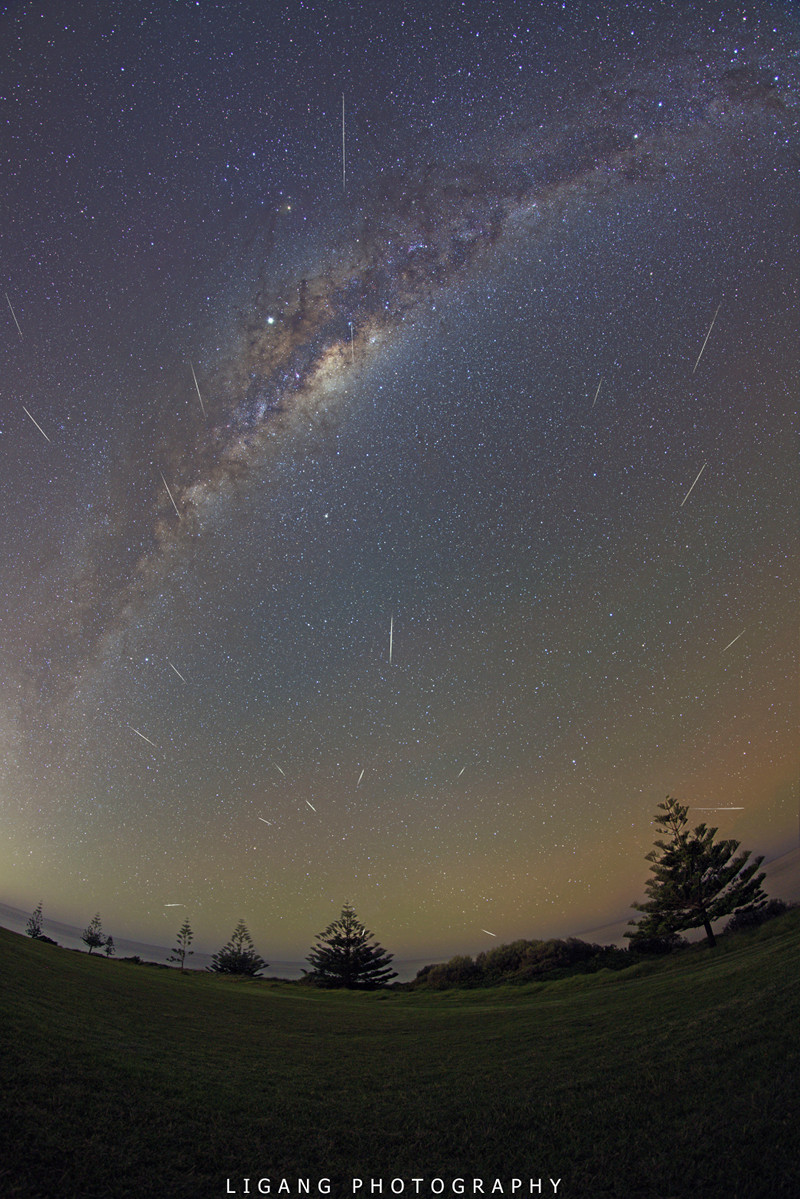 Explanation: Grains of cosmic dust streaked through the mostly moonless night skies of May 7. Swept up as planet Earth plowed through the debris streams left behind by periodic Comet Halley, the annual meteor shower is known as the Eta Aquarids. Though it was made about a day after the shower's predicted maximum, this composite image still captures 20 meteors in exposures taken over a 2 hour period, registered on a background exposure of the sky. The meteor trails point back to the shower radiant near eponymous faint star Eta Aquarii close to the horizon, seen from 100 kilometers south of Sydney Australia. Known for speed, Eta Aquarid meteors move fast, entering the atmosphere at about 66 kilometers per second. Brilliant Jupiter shines near the central bulge of the Milky Way high above the horizon. The Southern Cross is just tucked in to the upper right corner of the frame.