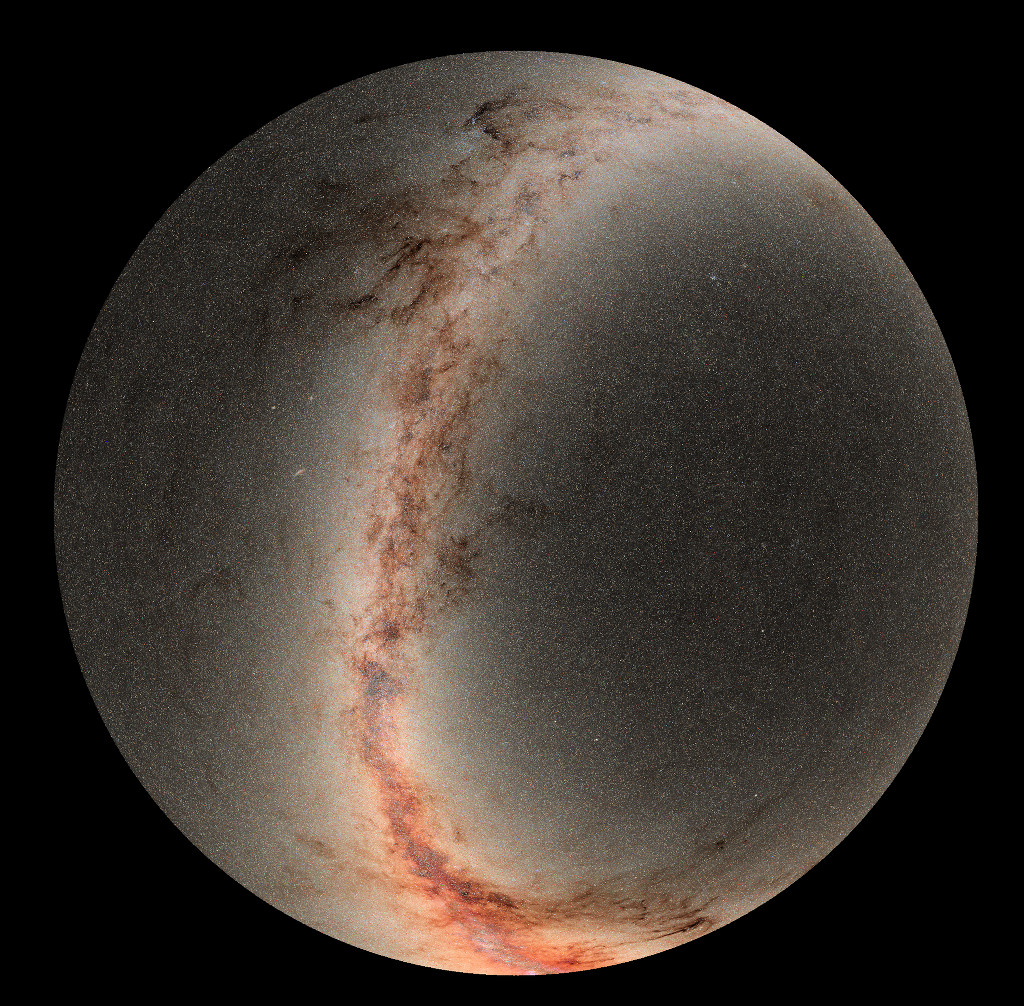 Explanation: This astronomical sky spanning view is a mosaic from the Pan-STARRS observatory. The images were recorded with its 1.8 meter telescope at the summit of Haleakala on planet Earth's island of Maui. In fact, Earth's north celestial pole is centered in this across-the-sky projection. A declination of -30 degrees, the southern horizon limit as seen from the Hawaiian Valley Isle, defines the circular outer edge. Crowded starfields and cosmic dust clouds along the plane of our Milky Way galaxy stretch across the scene with the bright bulge of the galactic center at the bottom. Compiled over four years, the image data represent the second edition of data from Pan-STARRS (Panoramic Survey Telescope & Rapid Response System), currently the planet's largest digital sky survey. In 2017 Pan-STARRS was used to first recognize the interstellar voyage of 'Oumuamua, visitor to our Solar System.