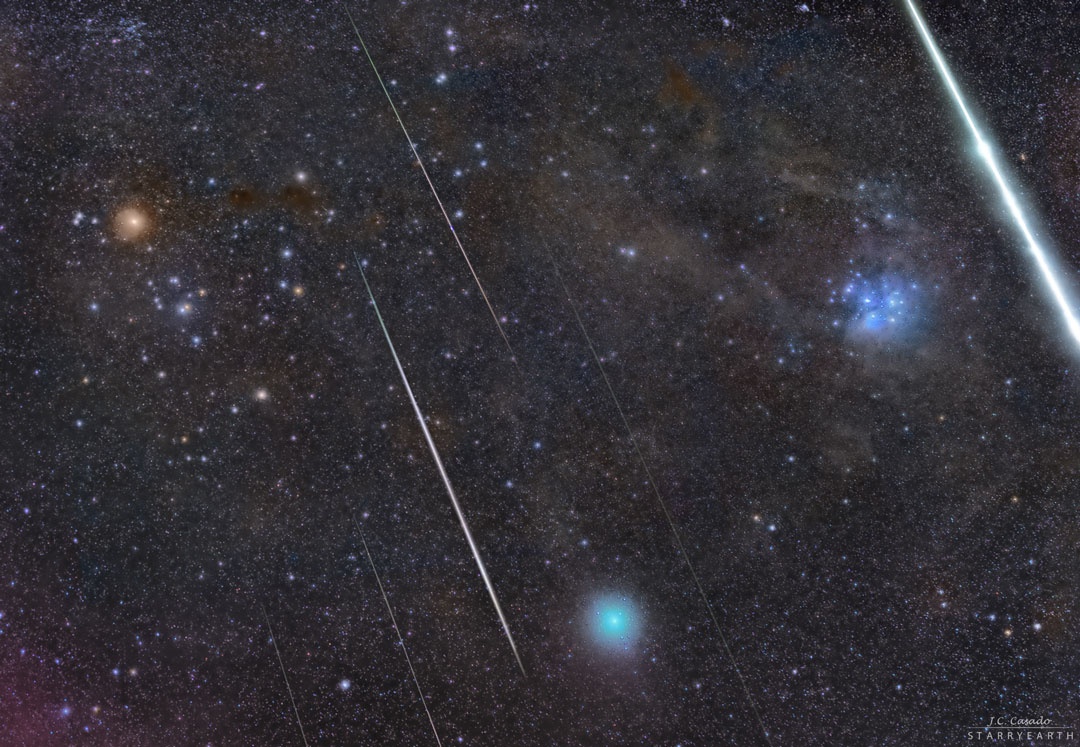 Explanation: This was an unusual night to look in the direction of the Bull. The constellation Taurus is always well known for hosting two bright star clusters -- the Pleaides, visible on the right, and the comparatively diffuse Hyades, visible on the left. This night last month, however, was atypically the peak of the Geminid meteor shower, and so several meteors were caught shooting through the constellation with parallel trails. More unusually still, Comet Wirtanen was drifting through the constellation, here appearing near the image bottom surrounded by a greenish coma. The comet was near its brightest as it sped past the Earth. The orange star on the upper left is Aldebaran, considered to be the eye of the Bull. Aldebaran is the brightest star in Taurus and the 15th brightest star in the sky. The featured image is a combination of nearly 800 exposures taken from the Spanish village Albanyŕ.