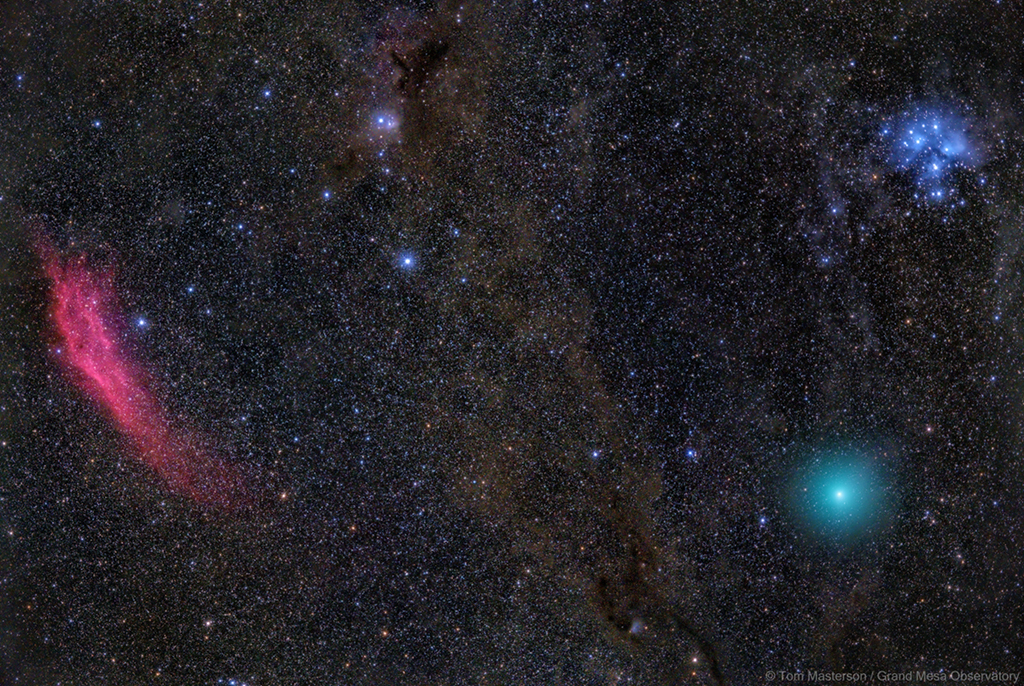 Explanation: This festively colored skyscape was captured in the early morning hours of December 17, following Comet Wirtanen's closest approach to planet Earth. The comet was just visible to the eye. The lovely green color of its fluorescing cometary atmosphere or coma is brought out here only by adding digital exposures registered on the comet's position below the Pleiades star cluster. The exposures also bring out blue starlight reflected by the dust clouds surrounding the young Pleiades stars. Gaze (toward the left) across dusty dark nebulae along the edge of the Perseus molecular cloud and you'll travel to emission nebula NGC 1499, also known as the California nebula. Too faint for the eye, the cosmic cloud's pronounced reddish glow is from electrons recombining with ionized hydrogen atoms. Around December 23rd, Comet Wirtanen should be easy to find with binoculars when it sweeps close to bright star Capella in the northern winter constellation Auriga, the Charioteer.