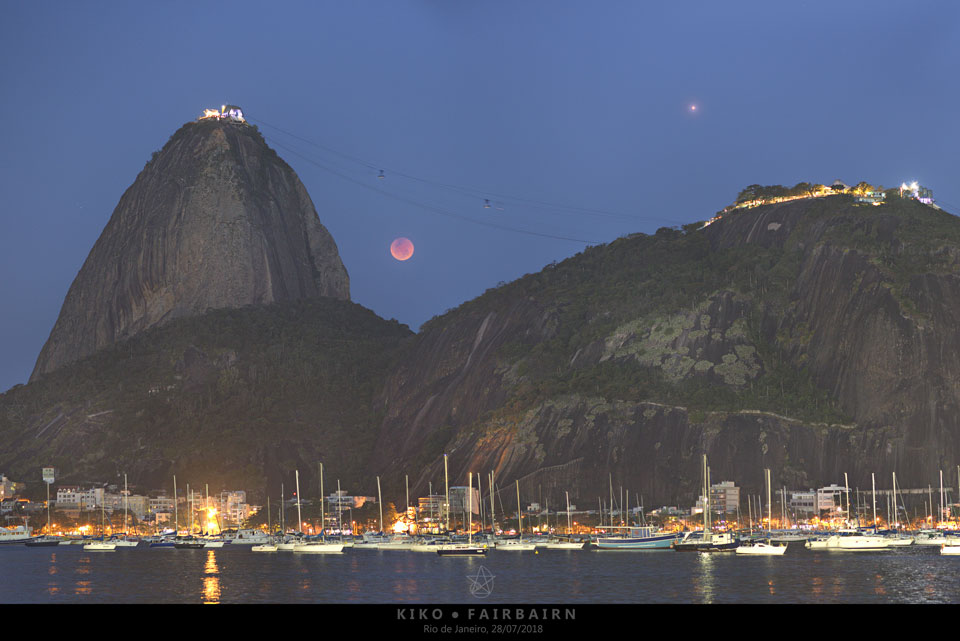 Explanation: Moonrise doesn't usually look this interesting. For one thing, the full moon is not usually this dark -- but last Friday the moon rose here as it simultaneously passed through the shadow of the Earth. For another thing, the Moon does not usually look this red -- but last Friday it was slightly illuminated by red sunlight preferentially refracted through the Earth's atmosphere. Next, the Moon doesn't usually rise next to a planet, but since Mars was also coincidently nearly opposite the Sun, the red planet was visible to the full moon's upper right. Finally, from the vantage point of most people, the Moon does not usually rise over Rio de Janeiro in Brazil. Last Friday's sunset eclipse, however, specifically its remarkable Micro Blood Moon Total Lunar Eclipse, was captured from Rio's Botofogo Beach, along with an unusually large crowd of interested onlookers.