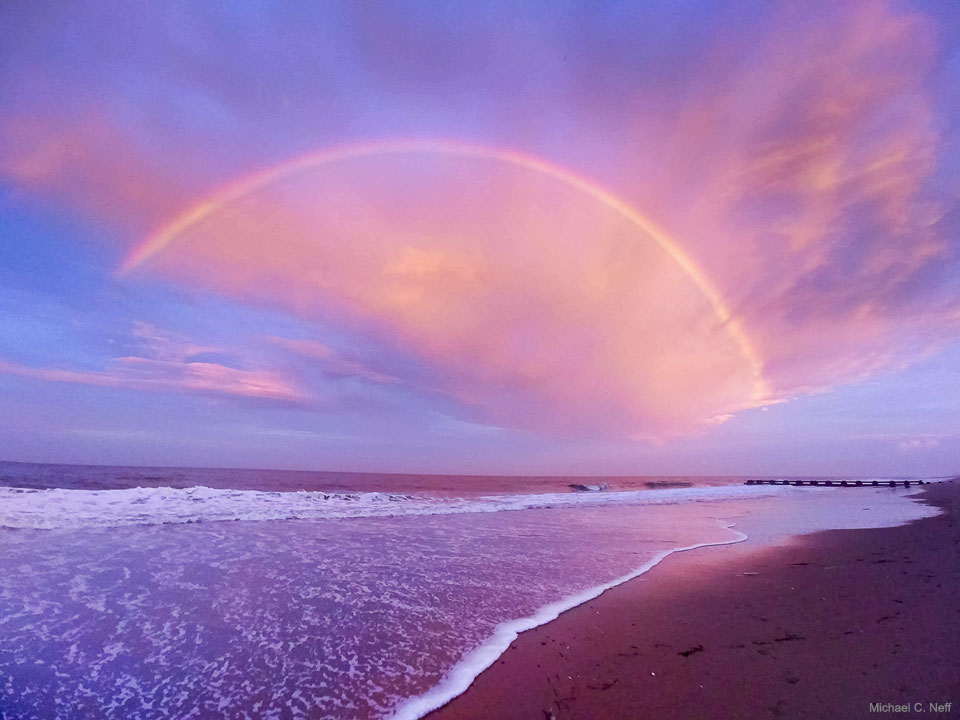 Explanation: What kind of rainbow is this? In this case, no rain was involved -- what is pictured is actually a red cloudbow. The unusual sky arc was spotted last month during sunset in Rehoboth Beach, Delaware, USA. When the photographer realized that what he was seeing was extraordinary, he captured it with the only camera available -- a cell phone. Clouds are made of water droplets, and in a cloudbow a cloud-droplet group reflects back light from the bright Sun (or Moon) on the opposite side of the sky. Similar phenomena include fogbows and airplane glories. Here, the red color was caused by atmospheric air preferentially scattering away blue light -- which simultaneously makes most of the sky appear blue. A careful inspection reveals a supernumery bow just inside the outermost arc, a bow caused by quantum diffraction.