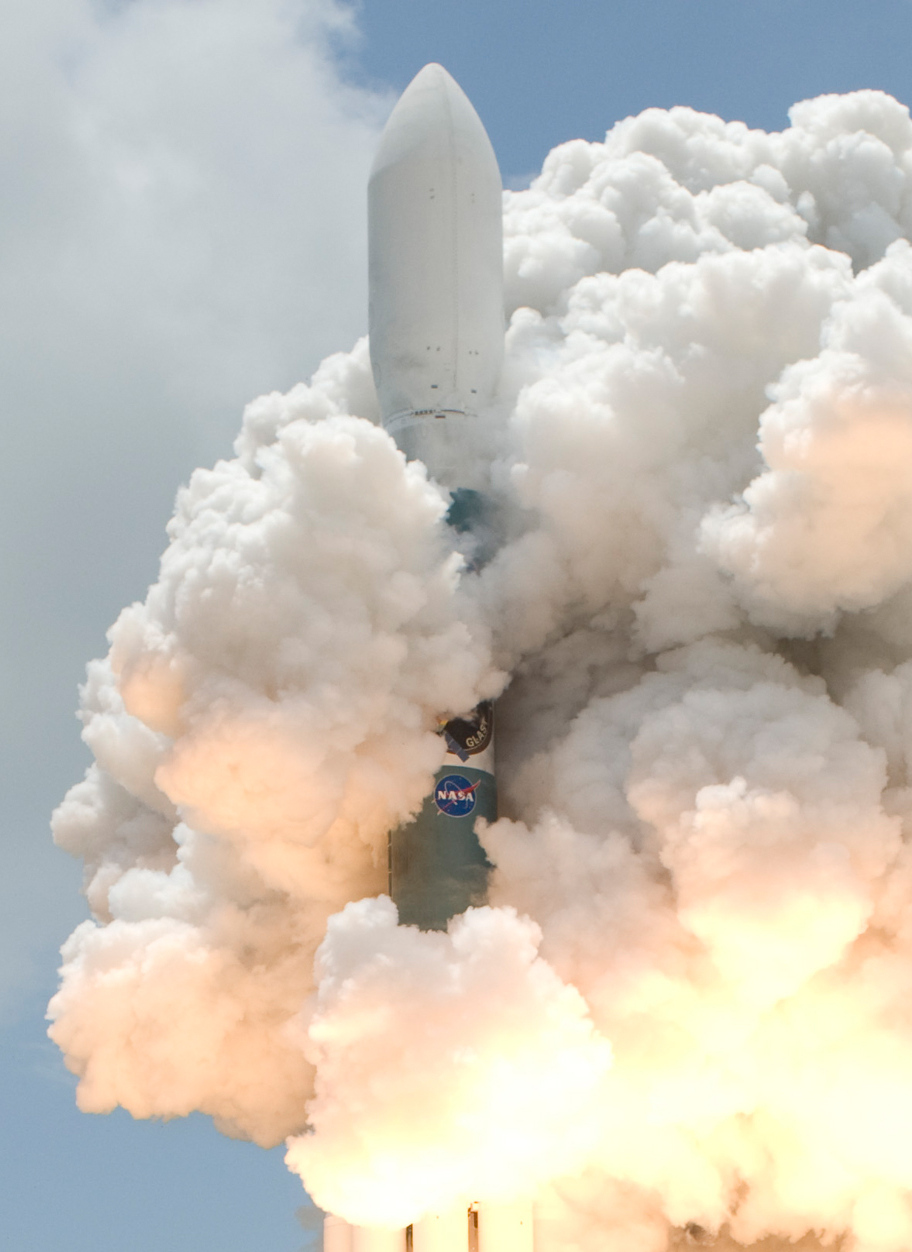 Explanation: Rising through a billowing cloud of smoke, a long time ago from a planet very very close by, this Delta II rocket left Cape Canaveral Air Force Station's launch pad 17-B at 12:05 pm EDT on June 11, 2008. Snug in the payload section was GLAST, the Gamma-ray Large Area Space Telescope. GLAST's detector technology was developed for use in terrestrial particle accelerators. So from orbit, GLAST can detect gamma-rays from extreme environments above the Earth and across the distant Universe, including supermassive black holes at the centers of distant active galaxies, and the sources of powerful gamma-ray bursts. Those formidable cosmic accelerators achieve energies not attainable in earthbound laboratories. Now known as the Fermi Gamma-ray Space Telescope, on the 10 year anniversary of its launch, let the Fermi Science Playoffs begin.