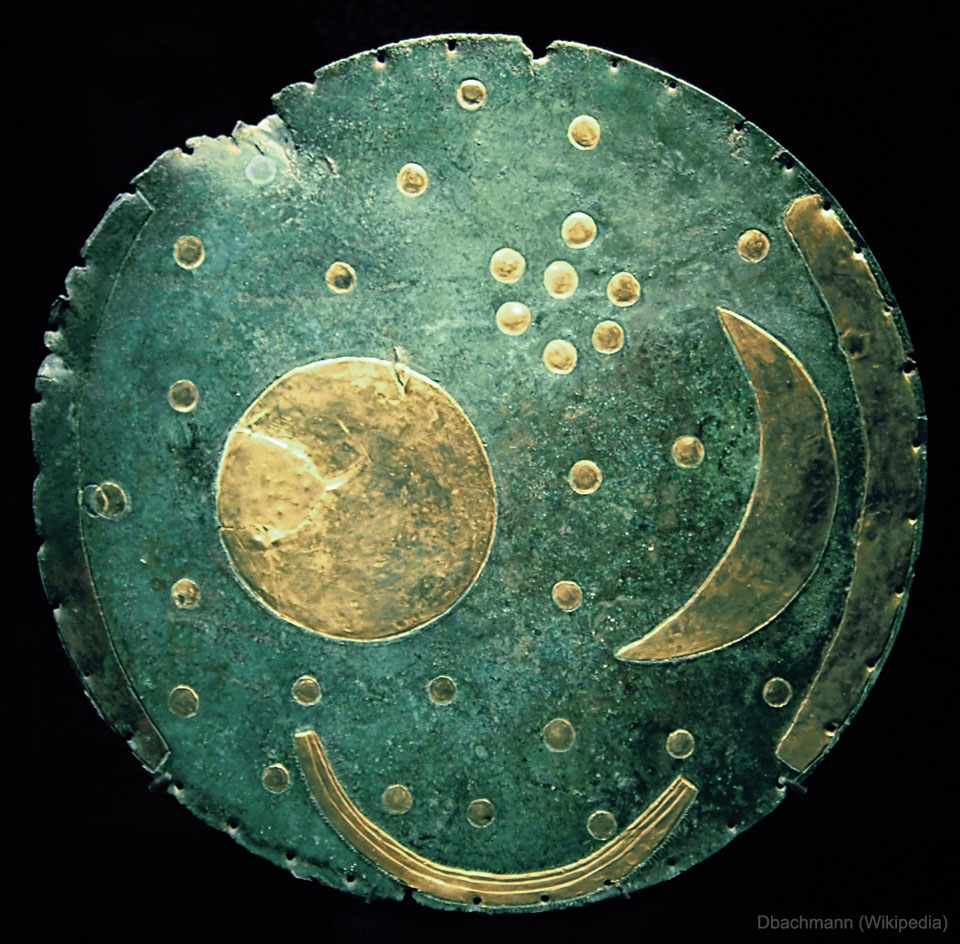 Explanation: Some consider it the oldest known illustration of the night sky. But what, exactly, does it depict, and why was it made? The Nebra sky disk was found with a metal detector in 1999 by treasure hunters near Nebra, Germany, in the midst of several bronze-age weapons. The ancient artifact spans about 30 centimeters and has been associated with the Unetice culture that inhabited part of Europe around 1600 BC. Reconstructed, the dots are thought to represent stars, with the cluster representing the Pleiades, and the large circle and the crescent representing the Sun and Moon. The purpose of the disk remains unknown -- hypotheses including an astronomical clock, a work of art, and a religious symbol. Valued at about $11 million, some believe that the Nebra sky disk is only one of a pair, with the other disk still out there waiting to be discovered.