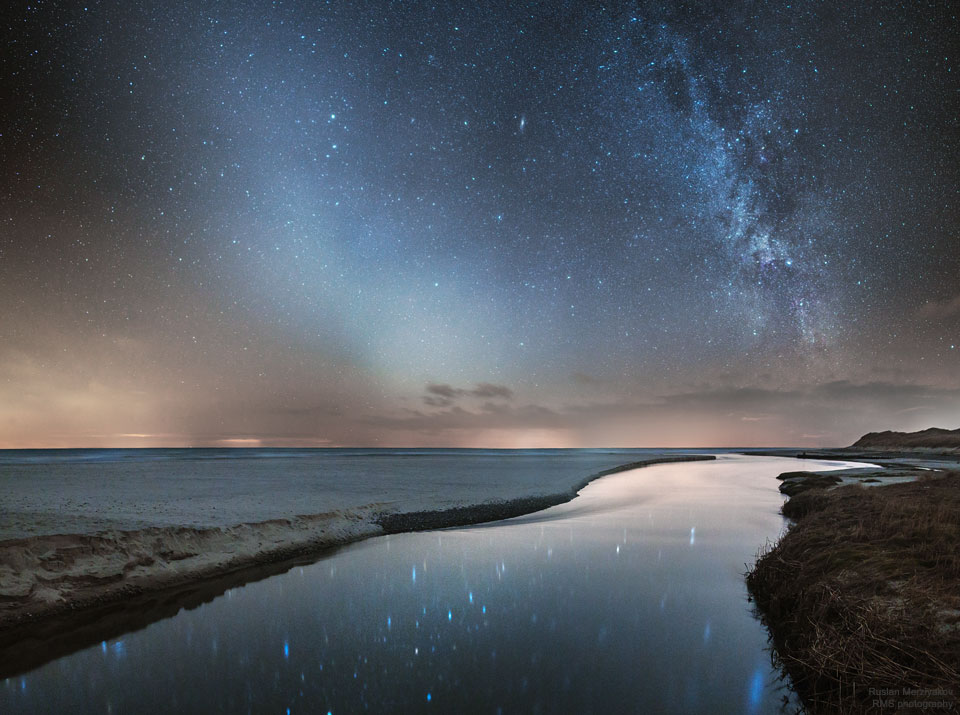 Explanation: What are these two bands in the sky? The more commonly seen band is the one on the right and is the central band of our Milky Way galaxy. Our Sun orbits in the disk of this spiral galaxy, so that from inside, this disk appears as a band of comparable brightness all the way around the sky. The Milky Way band can also be seen all year -- if out away from city lights. The less commonly seem band, on the left, is zodiacal light -- sunlight reflected from dust orbiting the Sun in our Solar System. Zodiacal light is brightest near the Sun and so is best seen just before sunrise or just after sunset. On some evenings in the north, particularly during the months of March and April, this ribbon of zodiacal light can appear quite prominent after sunset. It has recently been determined that zodiacal dust was mostly expelled by comets that have passed near Jupiter. Only on certain times of the year will the two bands be seen side by side, in parts of the sky, like this. Here the two streaks of light appear like the continuation of the banks of the Liver River into the sky. The featured panorama of consecutive exposures was recorded about three weeks ago in North Jutland, Denmark.