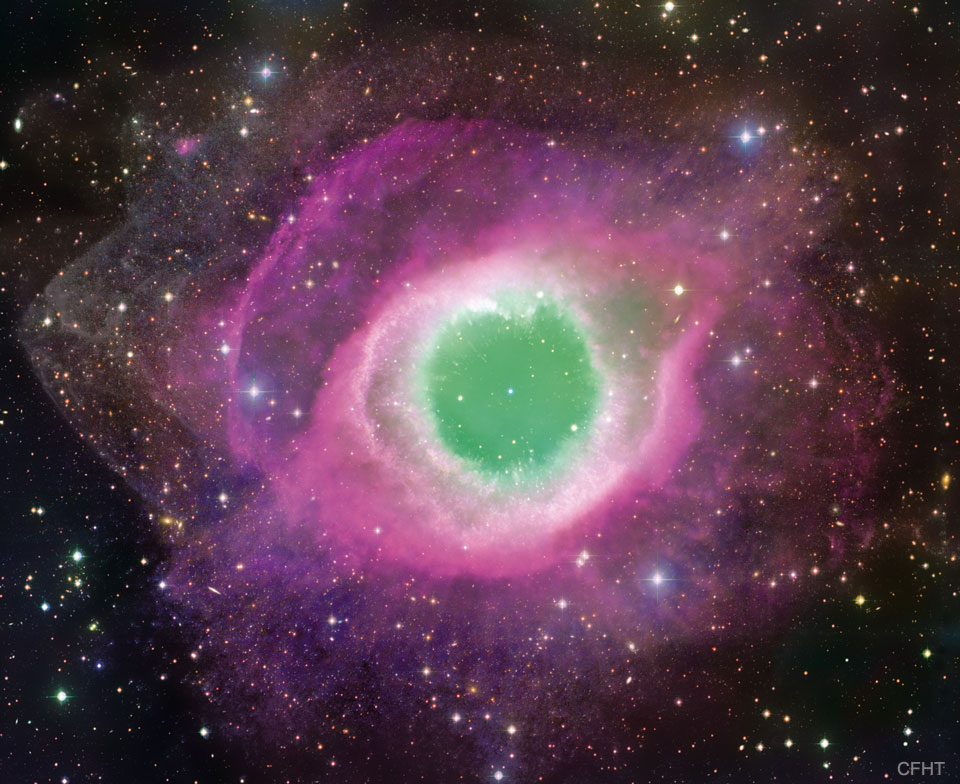 Explanation: Will our Sun look like this one day? The Helix Nebula is one of brightest and closest examples of a planetary nebula, a gas cloud created at the end of the life of a Sun-like star. The outer gasses of the star expelled into space appear from our vantage point as if we are looking down a helix. The remnant central stellar core, destined to become a white dwarf star, glows in light so energetic it causes the previously expelled gas to fluoresce. The Helix Nebula, given a technical designation of NGC 7293, lies about 700 light-years away towards the constellation of the Water Bearer (Aquarius) and spans about 2.5 light-years. The featured picture was taken with the Canada-France-Hawaii Telescope (CFHT) located atop a dormant volcano in Hawaii, USA. A close-up of the inner edge of the Helix Nebula shows complex gas knots of unknown origin.